Task: Design a system that could linearly reduce torque.

Since last season, we have conducted a significant amount of experimentation on our elbow and slide mechanism. We are using a similar design because we have prior knowledge on how to construct and maintain the subsystem; however, our slide this year is larger due to our desire to stack the stones higher. Although our elbow could lift the entire slide, we want to reduce the strain on the system by designing a component that would apply torque to the slide. Reduced strain will decrease the maintenance we will have to perform and will also increase the efficiency of the elbow by assisting it. The part would be attached with a bungee from the part to another part also on the turntable a few inches away.

We decided to use a logarithmic spiral (r=ae^(bθ)) because it would reduce the torque exerted on the elbow linearly. To create this spiral in Fusion360, we had to write a script because there is no native spiral/equation builder. The code can be seen below and was adapted from code that can be found here. Once the code was executed, it created a sketch of the spiral, which you then had to spline into a line. Since we wanted the spiral to be tangent to the gear it would be attached to, we imported a model of the gear and aligned it with the spiral to find the optimal a & b values. Another requirement was that the spiral must be under 3 in and preferably 2.75 in to allow for space between the elbow and turntable plate. These values were a = 0.2 & b = 0.6, which were determined through various trials. 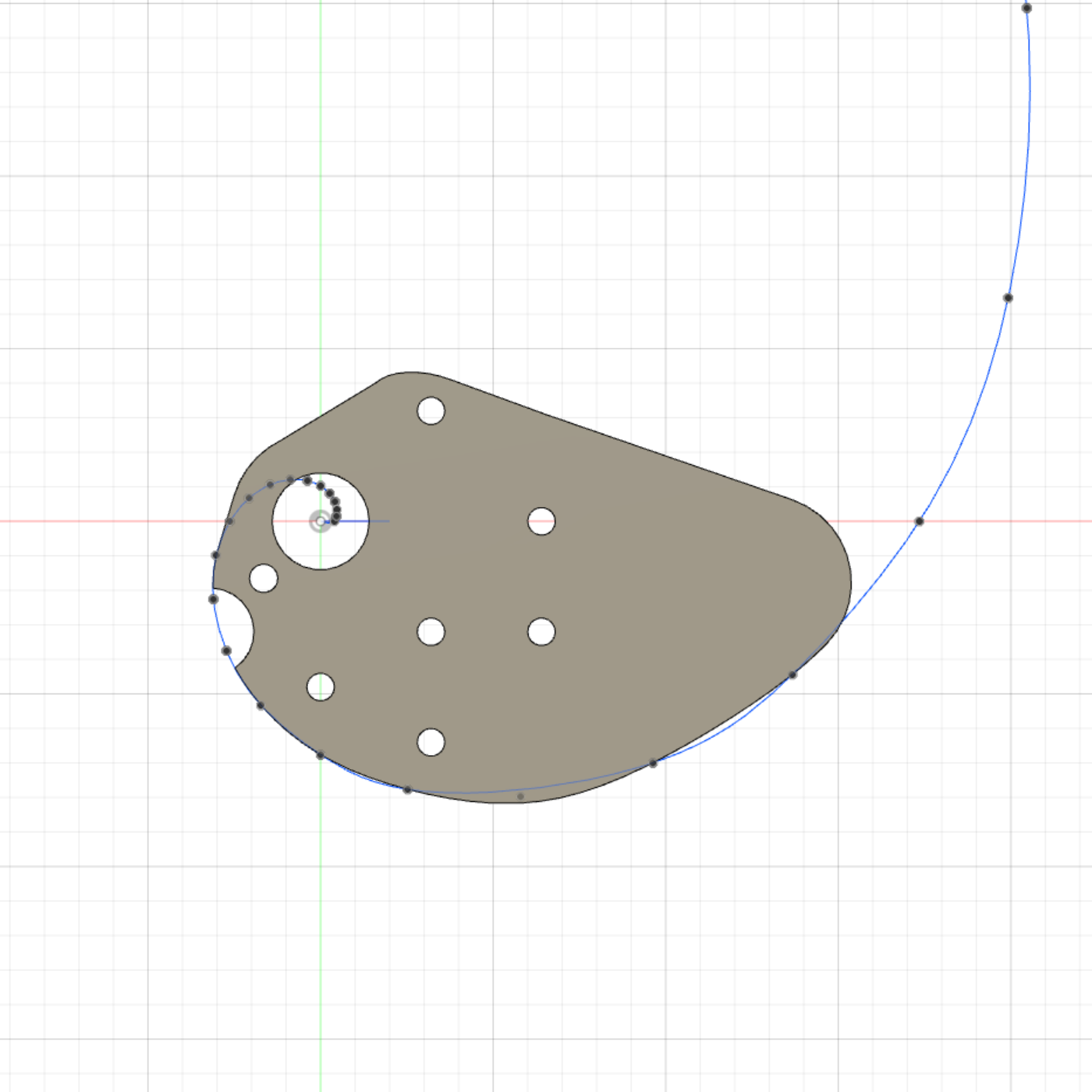 Once we had the design, we printed it onto paper through the Fusion draw tool. We then confirmed that the holes aligned with the gear. 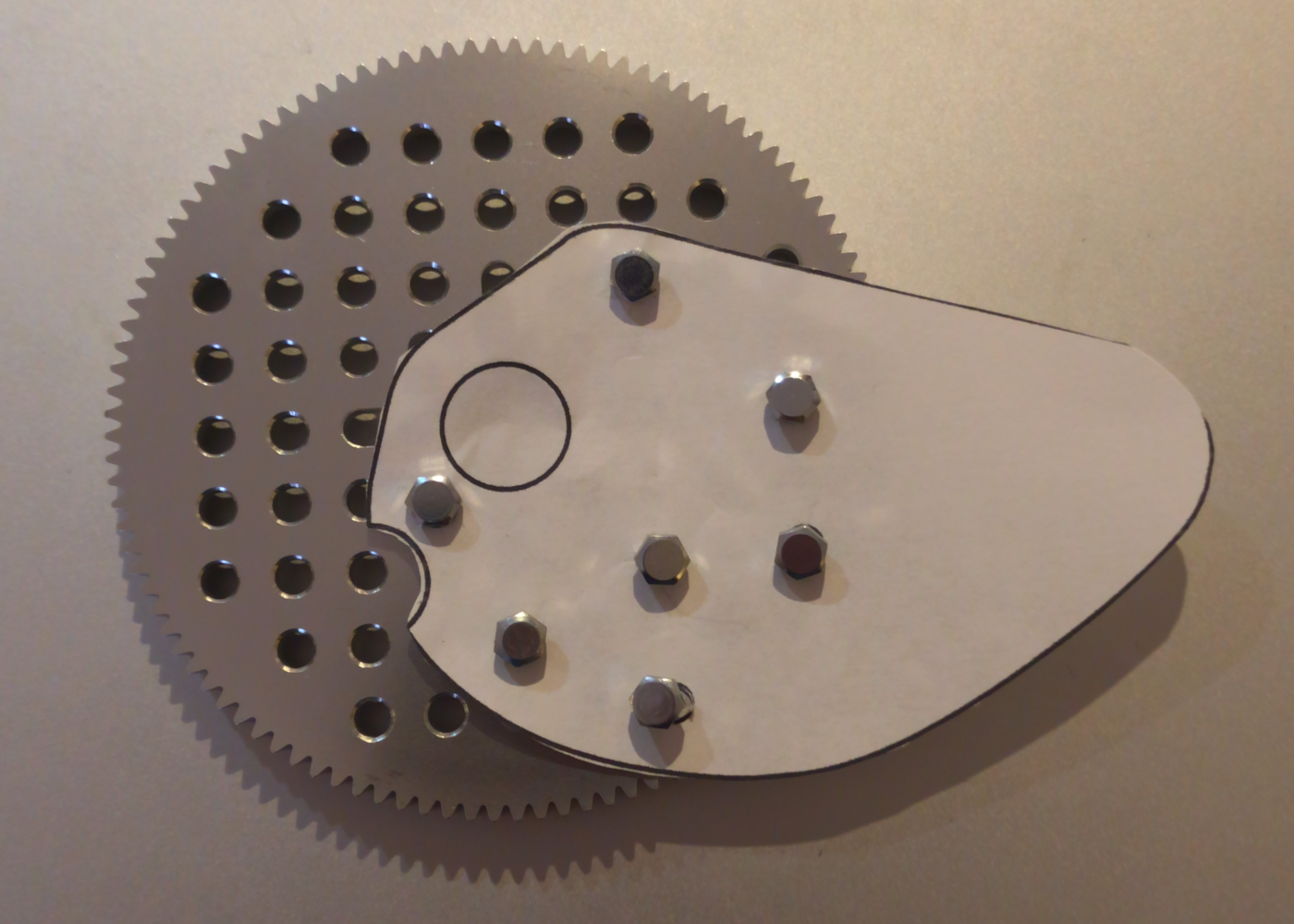 After confirming the design aligned, we began preparing it to be machined on our CNC. For this part we went with 1/8in aluminum because it is both durable and inexpensive. It will also withstand the forces that will be exerted on the part. 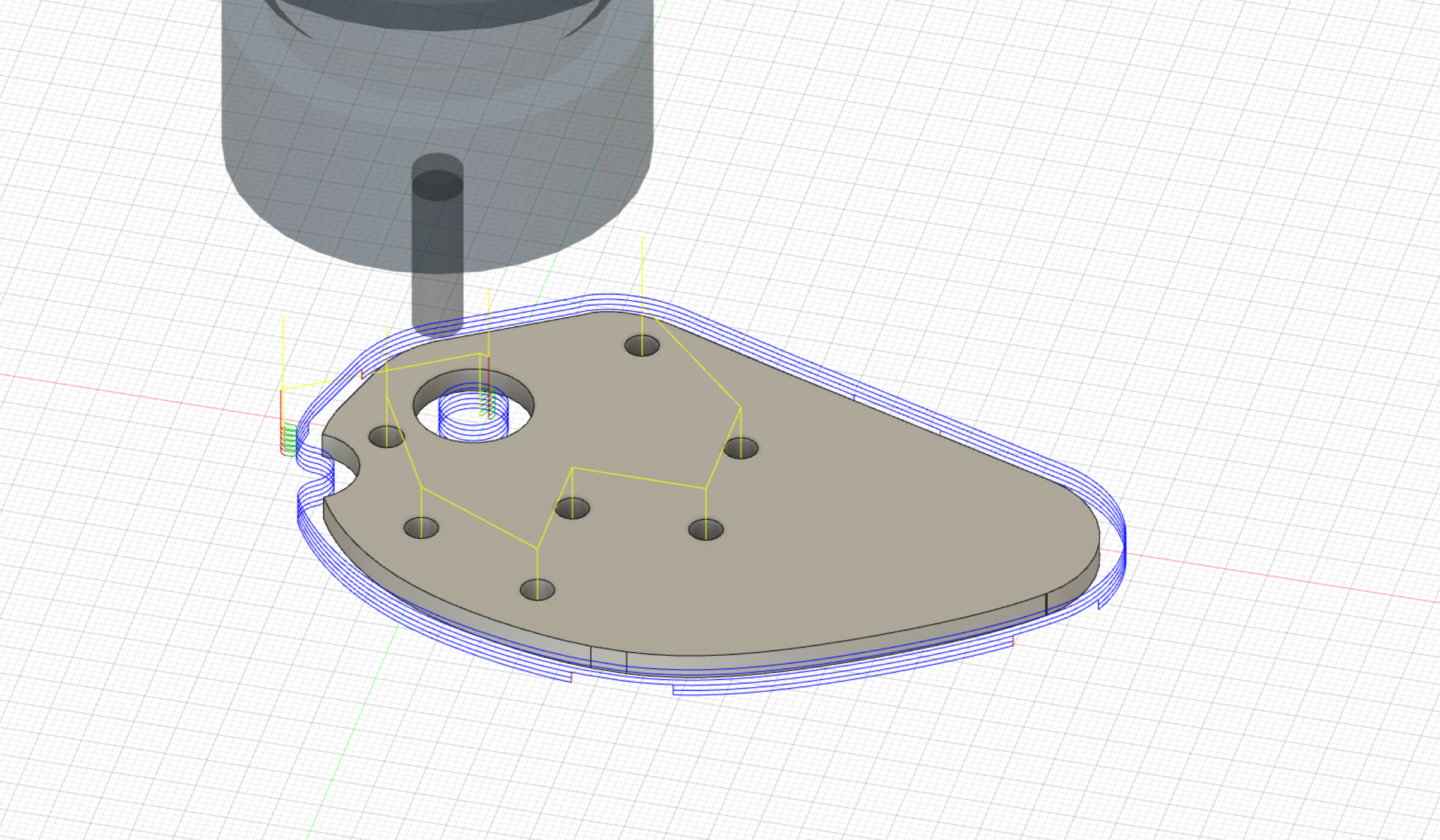 The finished part came out nicely with a few tabs that had to be removed. The part fit correctly and was successfully attached to the elbow and gear. 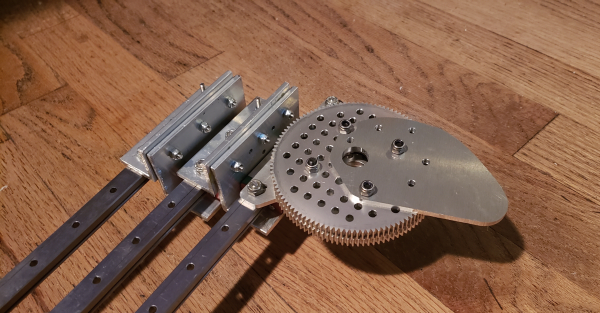 Our next steps will be to machine the part again, creating an identical copy, and printing the same design out of nylon, but taller. The nylon component will be sandwiched between the aluminum pieces and will have a cutout that will connect a bungee cord to it. We also have to design a part that will connect the bungee to the other side of the turntable. After introducing the bungee, we will have to conduct trials on the elasticity to determine the best bungee length or composition. These are necessary because we don’t want to apply too much force, restricting the elbow from lowering, yet we want to apply enough force to considerably assist the elbow when lifting.