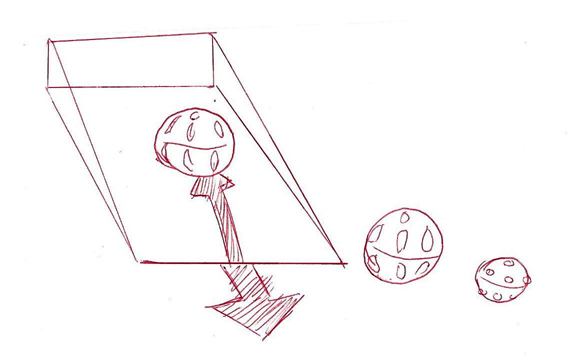 Task: Produce ideas for scoring and helping our team-mates win each game

First meet of the season.
We brainstormed ideas for retrieving the golf ball and soft ball sized balls while watching the challenge video. We came up with three starter ideas: a spade/shovel idea that would be flush to the ground and just scoop up nearby balls, a 45 degree gripper that would pick up the balls without getting stuck, and a lift that would pick up the balls and lift them directly up. So far the lift is being worked on the most, with an intake that looks like a beater bar from a vacuum cleaner, but we haven't decided on the actual way we are going to collect the balls. 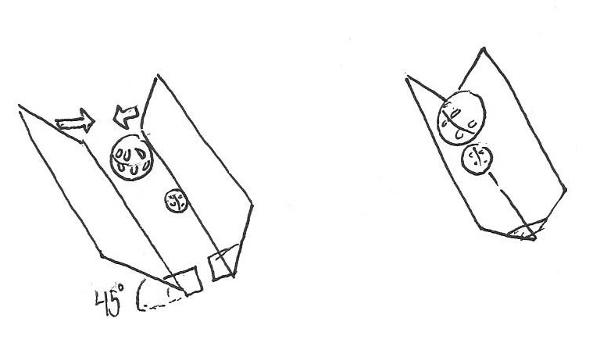 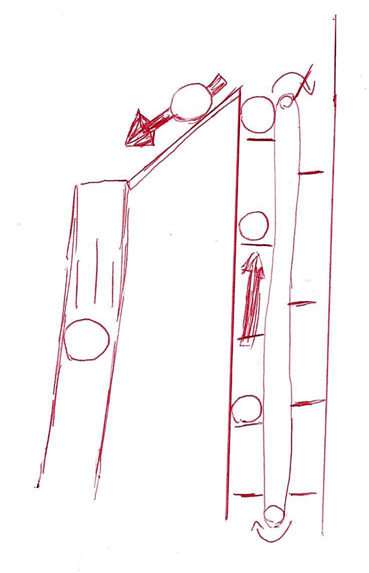 We also went over the rules and tried to come up with some strategies to make the game really hard for our opponent without /technically/ breaking any rules. At first we wanted to shove them into our rolling goals so that we could get the full goal points, but there was another rule that we couldn't force our opponent to break a rule. "Force" seemed a bit ambiguous though, so we revised this idea to us surrounding their robot with rolling goals. Hopefully they would knock down our goals and result in us getting that goal's maximum.
Max had an idea that was mostly just for fun, but in autonomous mode, before a cascade was released, we would pull over one of the rolling goals and set its opening against the opening in the center field structure where the balls would come through. This would quickly fill the tallest tube. Our minds were blown by thinking of everything that would need to be done to position, tip and then stand up a full tube under autonomous control. But we have to look into it – this could be a strong advantage. The rules about tipping the tube past horizontal don't apply and the rules about grabbing the tube might not be a problem if we just support the tube with a straight bar.

The idea of a beater bar has so far been the idea the team likes best. Our low center of gravity would free our team-mates to take the high ground and als give us possibilities to defend from the other team. Ideas like the one Max made are ones we need to give us every possible advantage to make our team successful this year.