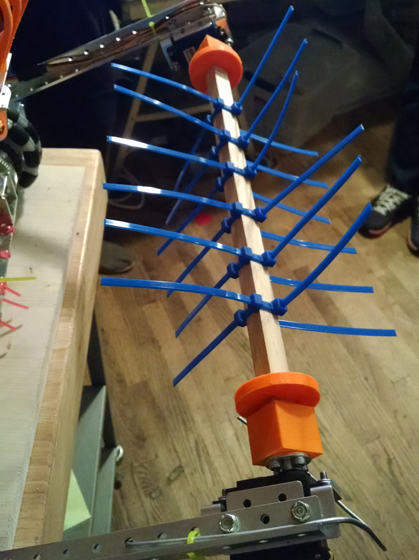 The previous versions of the beater bar were too bulky and big for the front of the robot, so initially we had just taken the mechanism entirely off. However, we needed something to push the balls towards the claw. The new beater bar has a simple, one layer turn that gives us just enough force to propel the balls into the claws. The fraction of the size it is compared to other beater bar versions is the main improvement and allows to have only the claw mechanism to be finalized and coded in.