We're used to having gyros to help maintain heading, but we've never been fans of the Hitechnic gyro sensor. Now we have more options and the BNO055 looks pretty good. But our testing has been off robot so far and we need a way to securely attach the sensor to our robot which bounces around like crazy when climbing the mountains. So in PTC Creo, I'm designing a 3D printable case for this sensor that we can share with other teams. I decided to build a model of the sensor first, so I could play with it in an assembly with other tetrix parts while designing the case. The goal is to have a case that bolts securely to Tetrix channels, doesn't need special screws to hold the sensor in place, is strong enough and is easy to print with no overhangs.

The design I came up with is pretty simple - it's a box with a lid that clamps over the sensor and makes an air gap for the sensor components to sit in: 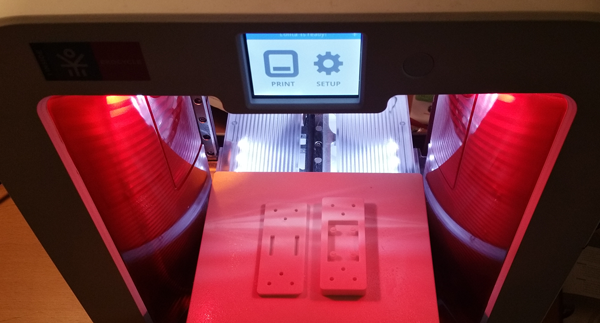 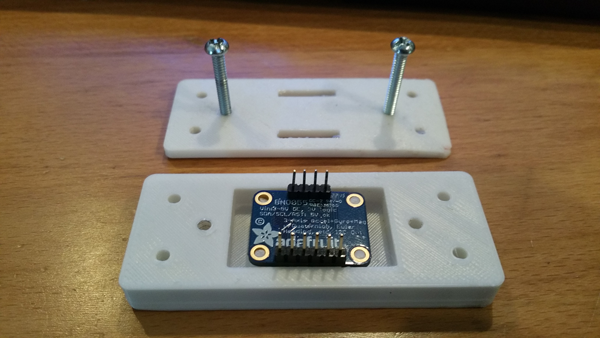 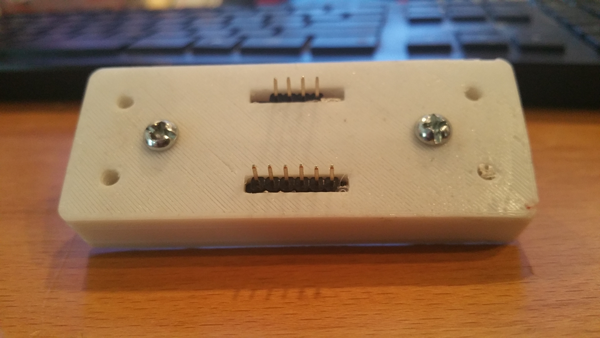 So while I was able to mount the sensor in the test print by breaking two standoffs and demo that at least it securely holds the sensor to a channel, I'm improving the design and should have an STL we can share with other teams by next week. I'll add an update to this post when it's ready.