Fixing Up Our Climber and Trough Attachments

Tags: Design and mechanical
Personhours: 12
Fixing Up Our Climber and Trough Attachments By Jayesh, Max, and Omar


Task: Replace servo on CliffHanger with a motor 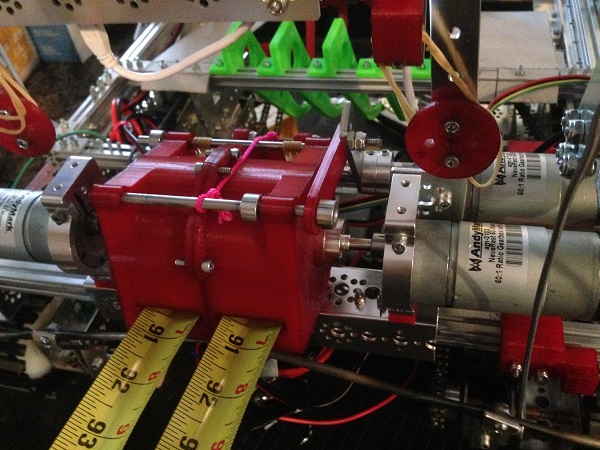 At both competitions we've been to so far, we've noticed that the servo that controls the cliff hanger's elevation often stresses and heats up due to the strain being put on it, especially near the end of the match. It has already scorched quite a few of our fingers. To remedy this, we decided to replace it with a full-blown NeveRest 60 motor so that there's no worries of blowing it out. Additionally, we've also done some readjusting to our trough mechanism.

The new motor will take away a lot of the problems we've been having with the cliff hanger being inconsistent. We won't have to worry about taking the robot off of the field as quickly as possible after a match to prevent killing the servo now. The motor is also plenty strong enough to turn the tape measure even with it extended. Although we'll have to tune the motor to turn to the correct angles again like we did with the servo, it'll be worthwhile since we won't ever have to replace it and re-tune.