Task: Review the events that occurred at the FTC Regional Championship 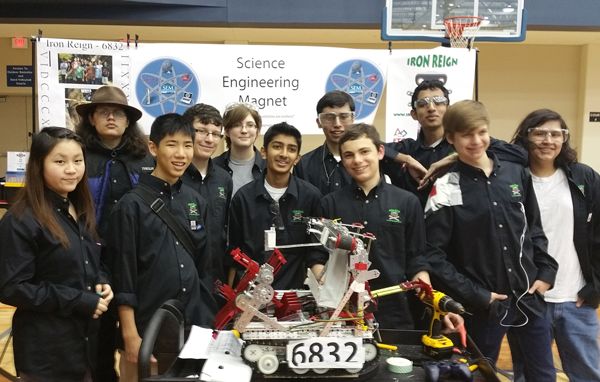 Iron Reign had a fairly successful run at our regional tourament, much more so compared to last year. Despite reaching the semi-finals, we were unable to advance past the competition to super-regionals. We had many strengths of ours shown through the day, but also committed errors that inevitably caused our loss at the end. At the judges meeting, we did a decent job of eplaining our value as a team to the judges but committed a huge error in not showing demonstrations on our robot and videos over its functions. This made our presentation have less of an impact in that the points we were making had no empirical vale because there were no real world examples to what we were saying that the judges could see. We were pretty successful in the robot game, holding the first position in the rankings for the majority of the tournament. Going into our third match, a weird error caused our robot to not transfer power from the battery to the robot system and disqualified us from the game. In our last match the error persisted and didn't allow us to climb the mountain, which was our main source of points and we ended up outside of the top four teams. In the selection of alliance partners, we were wanted by the first and second place alliances for second pick but were picked up by the fourth place alliance first pick. Through our match with the first place alliance, we lost by a small margin and our other partner with our alliance captain were blown out in the second match, taking us out of the tournament.

We had much more success in our regional tournament this year compared to last year, but our luck wasn't with us this year as a few small errors prevented us from moving on to super-regionals. We now look forward to the UIL tournament and will continue holding practices to prepare for that competition in the summer. Some errors we must look at are in ensuring the prevention of random errors in the robot for the game and tightening up our presentation to both convey our team value and provide real-world example to the judges to help connect the two aspects of the team. This will give us a much better chance to succeed in both the robot game, both scoring blocks and climbing the ramp, and help show the judges how are team works and has overall strength compared to other teams. Learning from our mistakes at regionals, we will grow and look to have great success at UIL.