Task: Clean the roof of the RV 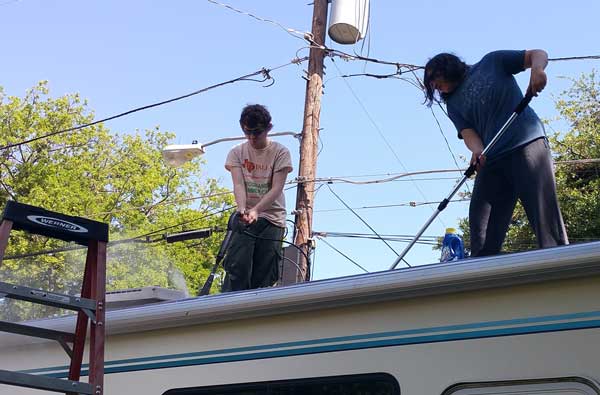 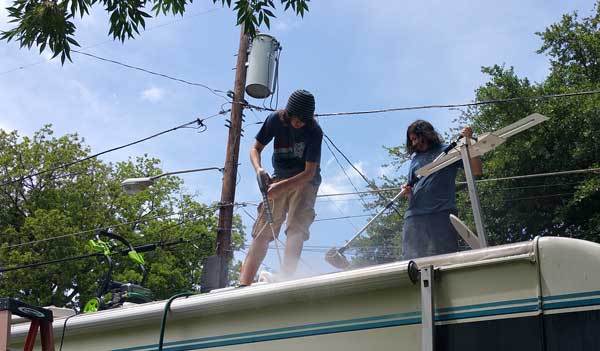 We'd noticed that the roof was very grimey looking from the small strip you could see at the top of the side walls, but we hadn't been up there to look at it. Finally climbing the ladder we confirmed it. The roof is a very dark brown. We believe it is simply dirt that has caked into the sticky/gummy surface. It's probably not supposed to be so sticky - it kind of seems like a layer of decaying caulk laid over the rubber roof. We confirmed that this layer should be white. It covers the black EPDM rubber roof that serves as a weather barrier. Because the roof is so dark, it absorbs tons of sunlight, making it much hotter inside. We needed to clean it.

So we spent today powerwashing the roof. In the morning Matthew (from SEM's FRC team) came over with his father's power washer and we got about 1/2 of the roof partially clean. When Matthew had to leave at noon, Mr. Virani purchased another more powerful washer and we continued washing until dark. Austin, from the other FTC team at our school joined us in the early afternoon. So now all three robotics teams at SEM have contributed time to the mobile learning lab.

Here you can see the dramatic difference that powerwashing has made. We hope this will cool the vehicle enough that we can operate with only the roof airconditioners so we can turn off the main engine while on station. 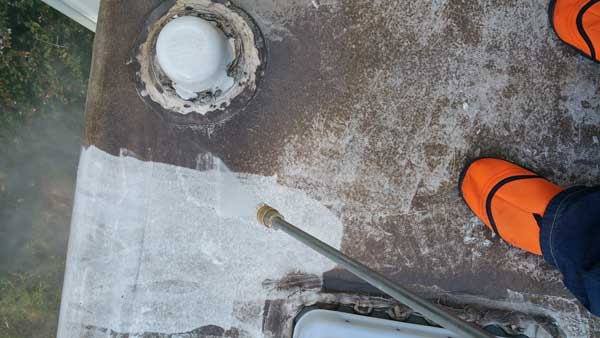