Task: To build a launching mechanism for the particles

So, we must seriously consider all of our launching options. We narrowed our options down quickly:

Of these options, we narrowed it down to the Flywheel and Catapult

Above is an example of a fully functional flywheel. The pros of that design are that it is efficient, accurate, and requires little upkeep. On the other hand, it needs at least 2 motors unless someone is willing to do gear witchcraft. As well, two extra motors will drain the battery (bigly), as we learned from last year's mountain climber. Finally, it can take up quite a bit of space on the robot and weigh it down a lot. Also, my initial model of it did not function well.

We had trouble deciding on a catapult design. Initially, we were considering a more complicated flipper design, but after seeing our sister team's struggle with their design, we decided on a simpler, bungee cord design. The pros of this design are accuracy, simplicity, and strength, but the cons are that it isn't *as* accurate and that the elastic band will need to be replaced. 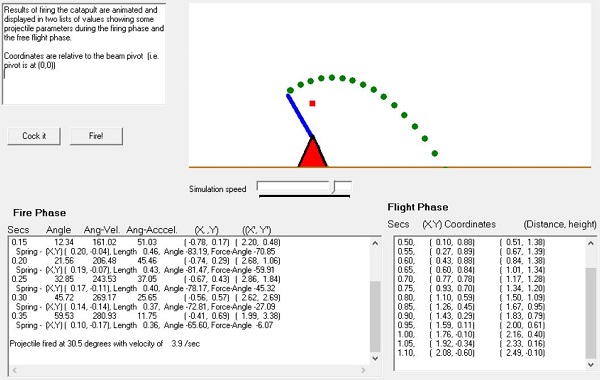 The coolest thing about this design is that it can be simulated before I change anything, using a catapult simulator. A sample of our catapult can be found here.

This add-on is the first of many that we must make to prepare for competition. Next, on the build list, we need to create a capping attachment and intake system. In the future, we should probably speed up our development process if we are to head to the Arkansas regional tournament.