Task: To bring the catapult within size limits and improve it

So, the original catapult, when not stuck, performed pretty well at the scrimmage. However, since we opted not to measure our robot at the scrimmage, we didn't realize that our robot was not within the FTC size limits. When measured after the fact, it was 18x19x20 in x, y, and z axes respectively, due to the catapult's position on the robot. To rectify this, we decided to cut the catapult down, and add a new ball-scoop while we were at it.

So, we cut down the catapult arm, and that's where the critical error occurred. I forgot how a lever lever-ed, and completely removed the pull-down part of the lever. And, since I didn't check it afterwards, I continued to make modifications, cutting down the top to 18 inches, and reattching it to the robot. Also, these modifications prevented testing of the robot.

And finally, in the moment of truth, the robot failed to work. 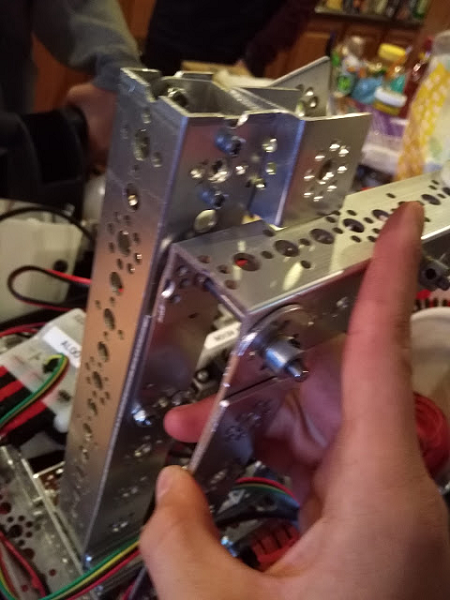 In the future, I should probably have someone check on my work to make sure I'm not fouling everything up. As well, I probably should try to not make modifications the week before the tournament.