Task: To go to the Wylie East robotics tournament 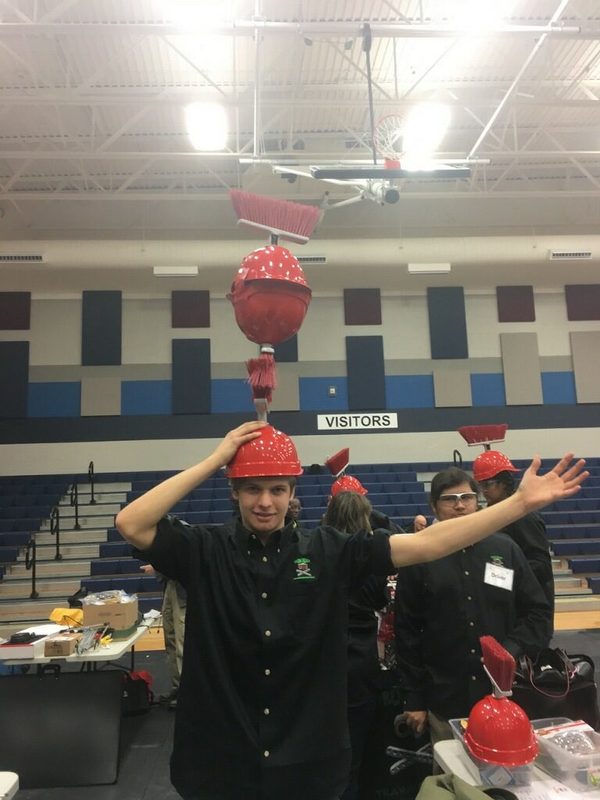 On Jan. 14, we headed out to Wylie East HS for a North Texas qualifier. Our main goal was to test our new code and additions to the robot - we've added static shields and staticide to protect ourselves from the issues that we suffered from last tournament. We had high prospects this tournament, with a robot further ahead than we've ever been before and a "fun" presentation.

We ended up 3-2 in the main rounds, and at 4th place. The first round we lost was a magestic, catastrophic failure. Our robot ran into the metal sides and short circuited. Then, within ten seconds, every other robot had shut off. We were gettting destroyed at that point, but the powers-that-be decided to call a redo. So, we restarted, and insted of getting destroyed, we got massively, absolutely destroyed by a huge margin. The second time we lost, our robot tipped over, and we couldn't get it back up.

We advanced to finals, and we won the semi-finals round easily. Then, in finals, we faced a combo-team of Technical Difficulties and Technibots, which proceeded to stomp the floor with us and set a new world record in the process.

Our main failures through the tournament were that we just can't currently score enough points as higher ranking teams. However, we have a cap ball lift in progress, so well be able to score way more soon. And, we did advance to Regionals, so we've got that going for us.