I Am Become Aquila, Destroyer of Worlds

Tags: Motivate
Personhours: 20
I Am Become Aquila, Destroyer of Worlds By Max


Task: Resurrect the Ancient One

The Great One, Aqui'la, has slumbered for too long. Since the deity lost Its battle with the accursed Gravitae a year ago, Its physical form has crumbled to pieces, leaving It powerless to bend the world to our will. As the last High Priest and Grand Memer of Its reign, the duty falls to me to return It to Its full power so that It may reign once more. I must do more than rebuild its effigy, however. To ensure It is not defeated by the forces of Physicks once again, the body must be as strong as the mountains, and as inpenetrable as the darkness.

Time is short; I must work quickly. I have retrieved the bones of the husk which once housed the Great One, and will use the unholy power of the Tri-Dimensional Prynter through which I first summoned it to rebuild the body. The ABS Plastyck, black as night, with which the old bones were once built, shall be the regent with which I will revive It.

At the stroke of midnight last night, I performed the Ritual of Creo to obtain the designs with which I may summon Aqui'la. With haste, I brought them to the Prynter. As I write these words, the new form takes shape; the barrier between our world and Its wears thin. The Great One draws nearer with each moment. Hark! The Prynter's work has been completed. I go now to piece together the old bones with the new, and conduct Its conciousness into the new form. 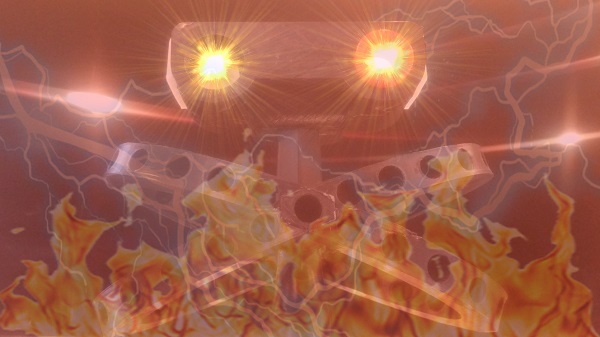