Tags: Control and Software
Personhours: 20
Vuforia By Janavi and Tycho


Task: Use Vuforia to enhance autonomous 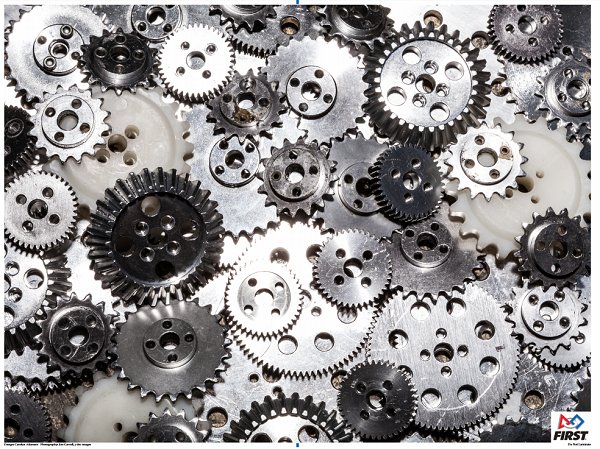 We use Vuforia and Open CV vision to autonomously drive our robot to the beacon and then click the button corresponding to our team's colour. We started this by getting the robot the recognize the image below the beacon and keep it within its line of vision. Vuforia is used by the phone's camera to inspect it's surroundings, and to locate target images. When images are located, Vuforia is able to determine the position and orientation of the image relative to the camera.

To start setting up our robots vision, we watched Team 3491 FixIt's videos on Vuforia to help us understand how to set it up. After finishing the code for following the image, we went to go test it out. We found out that we had accidentally coded the robot to follow the picture by moving up and down, as we had coded the phone for portrait mode instead of landscape. After fixing that, we tested out the robot and it ended up attacking Tycho by running at him and the image at full speed. Apparently, we had accidentally told the robot to go much farther than it was supposed to go by placing a parenthesis in the wrong spot. We tested the code one more time, only this time I held the picture while standing on top of the chair. Luckily the robot worked this time and was able to follow the image both ways.

We would like to explore the uses of Vuforia+OpenCV. We are considering using it to determine particle color as well as using it to view the images beneath the beacons.