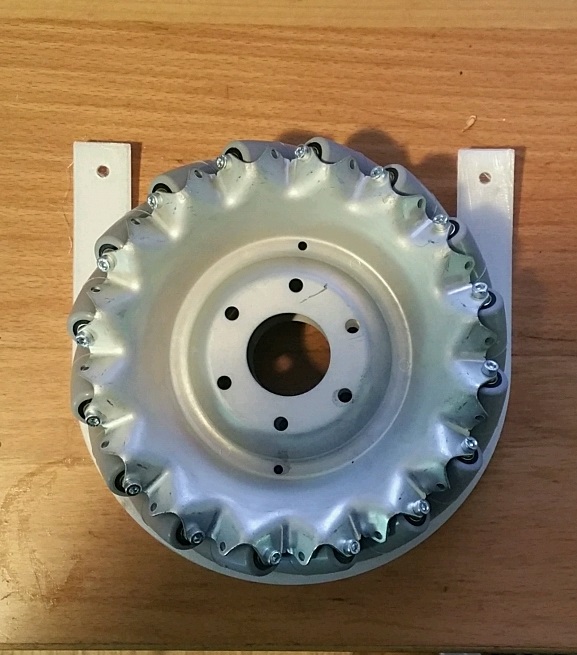 Refering back to the design of the wheel guard, we decided it was time to actually mount it on the robot. At first, it seemed like the part was perfect for the robot since it fit just snug with the screws on the wheel. However, upon mounting, we discovered the following: 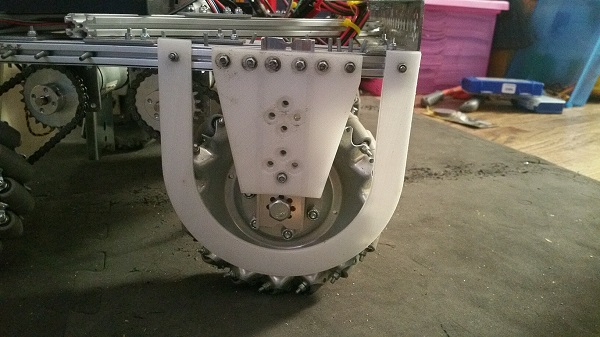 Turns out that the part is acutely shorter than the real height of wheel relative to the horizontal axis superimposed upon the vertical plane. As a result, a second and better trial for modeling needed to be conducted. For this run, I chose to measure the dimensions directly from the robot rather than a spare wheel. 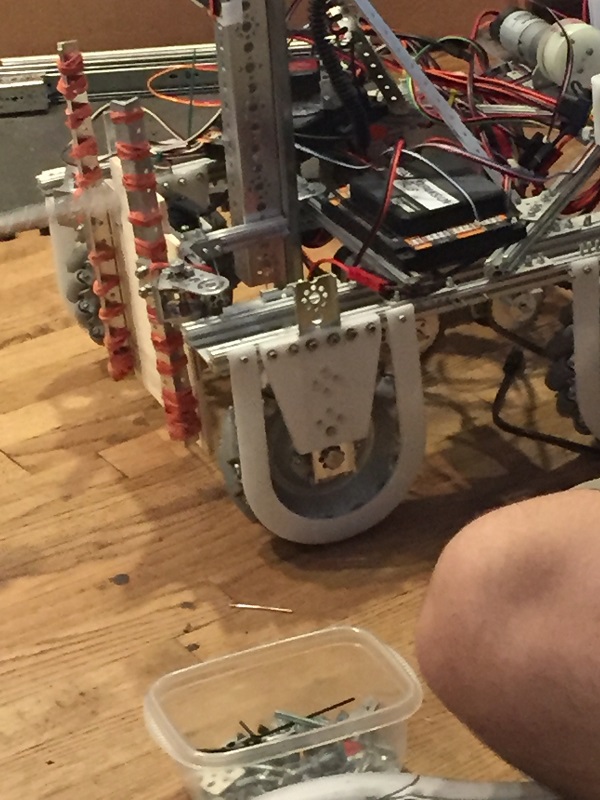 As seen above, the corrected version of the part looks and works much better. Though there is a slight margin of error in the success of the part due to the dynamic nature of the density of the field tiles , the part should be reliable for the most part