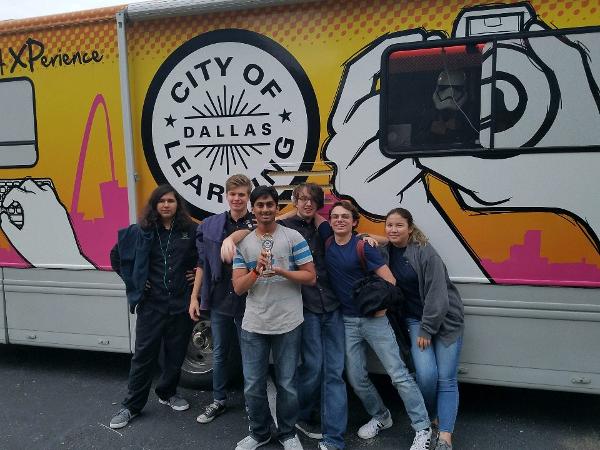 So, we were absolute failures. There's no way to get around that. We got 14th place out of 14, and our presentation flopped. But, its not the end of the world, even if it may feel like it. We have another qualifier in Oklahome in one week, and we need to analyze what we did wrong so that we can improve for the next round.

We lost, 79-93. This was our closest match, and if we had managed our time in-game more wisely, we could have won by balancing. This was our only game in the margin-of-error. We lost 101-131. The other alliance outperformed us in scoring glyphs, and was able to knock an additional jewel off in autonomous. We lost 28-65. We failed on every level, even to balance our robot. Our bot was on for about 10 seconds for the entire match. We lost 111-181. We scored only 3 glyphs and underperformed in autonomous. We lost 61-203. Our robot was not on.

We had many failures in the robot game. Our first, main failure was lack of practice. We only really dedicated ourselves to driving practice two weeks before, and we had trouble aligning the blocks throughout the day. In prior years, we had started drive practice from over a month out, so this was a major failure on our part. A second failure that wasn't our fault was that we had connection issues between the phones, and weren't able to drive in two rounds. But, because of our collective failures, we managed not to win a single game. However, we ended up with the second heighest rank points in the whole tournament (380).

Our presentation was a failure too. We hadn't practiced our presentation enough, and it seemed a bit janky at points. In addition, our engineering journal was a bit rushed, as we'd printed the night before and had some issues printing. We also didn't turn the control award in. However, one highlight of the judging is that we were able to answer questions quickly and effectively, and the judges seemed to like that. We did end up winning the Connect Award.

This tournament was one of Iron Reign's worst. However, we must learn from that so we don't repeat our mistakes. The silver lining of this tournament is that we can't really preform any worse :).