Today we tried to drive the robot on the practice field for the first time since the qualifier last Saturday. However, we couldn't get in very much quality drive practice because the robot kept breaking down. We decided to dig a bit deeper and found some issues. 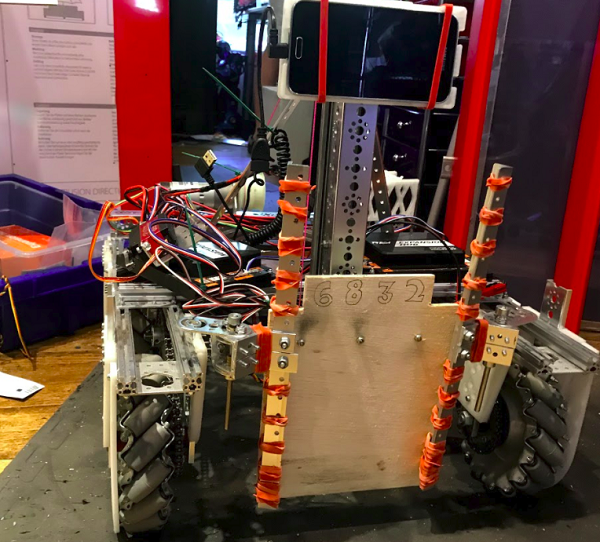 As seen above, the first thing that was wrong was that the lift was tilted. Due to the cantilever orientation of the plank of the grabber arm mounted on the vertical axis, the structure only had one bar for support for the lift. As a result, since the construction of our robot, the rev rail of the mount had been worn out constantly up to the point where it broke. Also because of the singular rod mounting, the lift system rotated on the vertical planar axis creating a need for drivers, such as myself, to rotate into the cryptobox every time we needed to mount. This was not a good way for the robot to function and had frustrated us.

We hope to make improvements over this week before the Oklahoma qualifier. Hopefully, we will have a more proficient robot making it easier on our drivers.