Last Saturday, after our qualifier, we had a team meeting where we created a list of what we needed to do before our second qualifier this Saturday. One of the tasks was to create the control award which we were unfortunately unable to complete in time for our last competition.

Autonomous B has the ability to be delayed for a certain amount of time, allowing for better coordination with alliance mates. If our partner team is more reliable, we can give them freedom to move, but still add points to our team score. 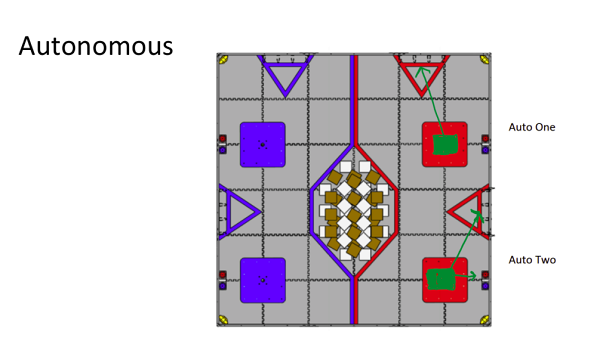