Over the course of this past season, I have been learning how to use Creo Parametric to learn 3-D modeling. Since this is Tycho's last year on the team (so far he has been our main modeler), I decided to learn from him so the modeling legacy would continue. 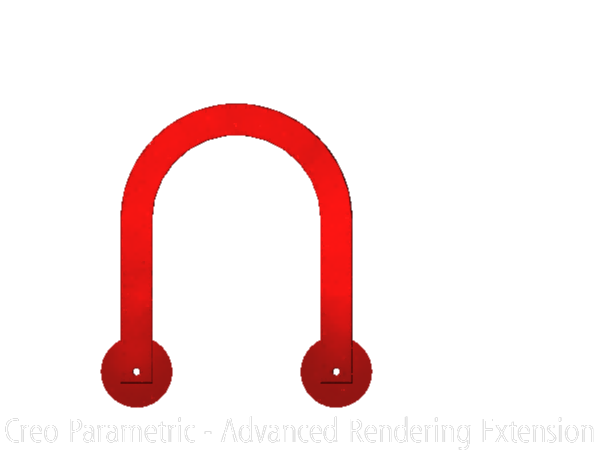 The first project I was tasked to design was the wheel guard on the robot. As a very early learner, I ran into many issues. For example, I used to eyeball all my dimensions. This clearly didn't work out as evidenced by my epic fail of the first form wheel guard. However, after experimenting with the constriants, I jumped all the early hurdles and learned the basics. 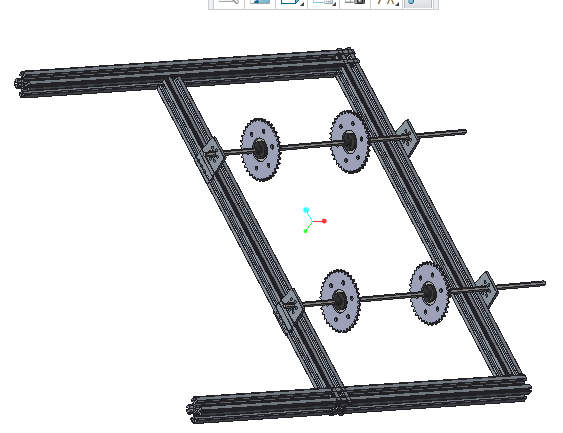 My first assembly project was to CAD the conveyor belt we hope to eventually mount the grippers onto. As someone who had never dealt with assemblies before, I felt like someone going through a maze. Even assembling basic parts like an axle hub to the axle, it took me 10 minutes because I struggled changing dimensions and such. This project, though very basic, seemed impossible to me. However, after working through it, I was able to become more familiar with constraints to apply to the next biggest task, the robot model. 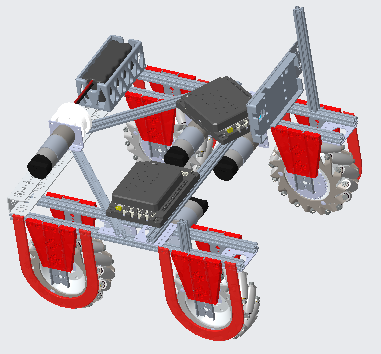 So far this is what we have constructed of the robot chassis. After training on the conveyor system, I was able to complete the chassis easier. By doing this, I have dealt with more constraints and have been moving faster.

After learning a lot so far from Tycho, I hope to finish the model soon and continue growth on the model. The only thing remaining on the model is the vertical bars connecting the lift and the lift itself.