Janavi and I have started to build a new chassis for Kraken 2.0., modelled after Kraken’s current chassis. 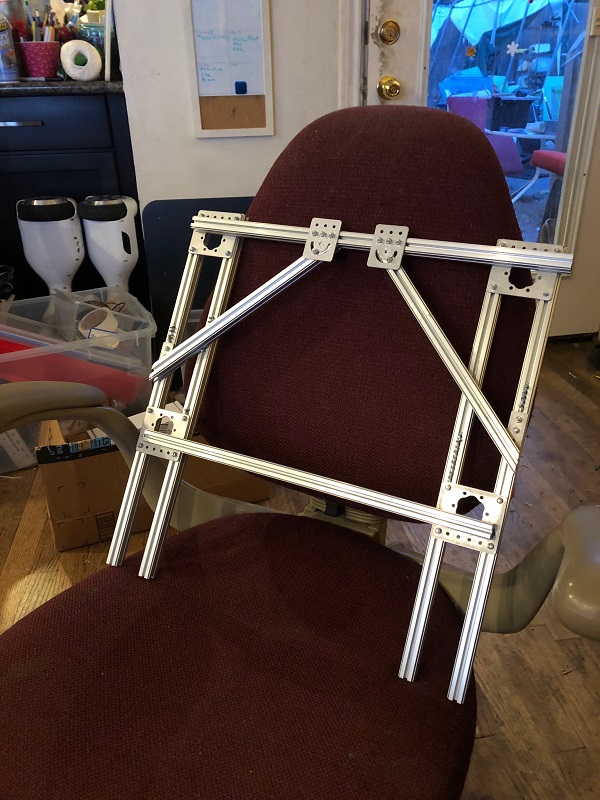 First, we had to measure the chassis of Kraken, then cut REV rails to these measurements. Lastly, we assembled the pieces to look as it does above.

With this being the first build project Janavi and I have taken the lead on, we had to have some help from the more experienced builders on our team: Evan and Austin. The most difficult task we came across was having to figure out at which angle to cut the REV rails to fit diagonally on the main frame of our new chassis. After we found this measurement, it was easy cutting the pieces using the miter saw and safety equipment and then we assemble all the REV rails with handy-dandy brackets.

Our current plan is to use this chassis as a base for our fifth generation grabber system. Going forward, we have to figure out how we are going to mount our conveyor belt onto our chassis, and then how to mount grabber arms onto the conveyor belt. We also have a new set of mecanum wheels which we are going to attach to the chassis. However, it came to our attention that they are thicker, so we will have to adjust the rails that run parallel to one another so that the wheels can fit in between. 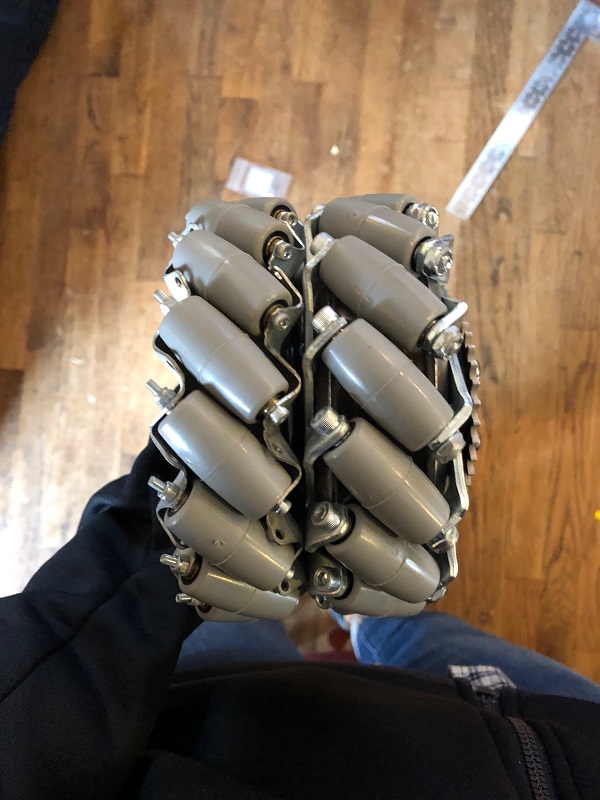 Normally during the season the build team, the programming team and the drive team all need the robot and this can be difficult. Often times this can hinder our performance since the drive team doesn't get the practice it needs. Therefore the team decided to build a new chassis because having a second base will enable us to dedicate more time to drive practice with Kraken while simultaneously testing out new designs on what will be our second robot. Additionally, having two robots will allow to choose which robot we will take to competition based on performance.