It was a temperate night. The waning moon shone overhead, a blazing reminder of the continuity of time, for as the moon dipped lower in the sky, our precious little time until the tournament dripped away. Under this oppressive, singular symbol, we labored, trying to outpace the continual march of time.

Over the past week, we had worked tirelessly on the robot. In Wylie, we had used the Octopucker Gripper System, but it didn't perform to our expectations, as the internal lift didn't work. However, in this week, we fixed that issue, and designed the Gripper 4.5, which can be found here. Now, all that was left was to actually attach this new gripper.

At 9PM, things were already going downhill. Apparently, "people have to sleep" or "the team should be well rested for the tournament", so we watched our members drip out the door, one by one, until only us two were left. The task still remained - attach the gripper to the robot. From the get-go, we experienced problems, most prominently that since we had extended the height of our grabber, our phone now stuck out of the 18x18x18 sizing box. Now, we as a team already have significant experience just *barely* passing the sizing cube requirements - before this, our robot was 17.5x17.96875x17, in width, length, and height respectively - so we had certain tricks to get our robot just under it. However, this time, our phone stuck a solid inch outside of the cube, so there was no reconfiguration with the parts attached to the grabber at the time that would allow us to fix this.

So, with traditional Iron Reign ingenuity,we had to devise a solution to our problem. In the words of of the legendary Lil Darsh', "First you gotta analyze\see the problem\conceptualize so you can solve 'em". And, we must follow in the words of our elders, as all good robotics members do. So, we devised these ways to fix our phone problem:

No, vision was hampered too much in this position. No, this autonomous would be too slow, as the robot would have to turn to locate blocks This may have been the dumbest and the most difficult solution, but it was the best for our robot

So, we set out to create a moveable phone-mounting system. First, we designed the servo. 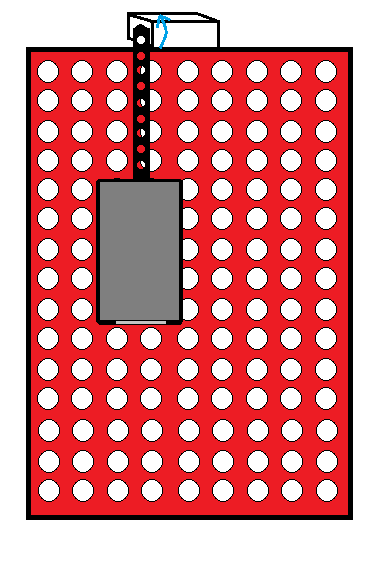 The next issue was attaching it. We had to find a position that could view the blocks, pattern, and cryptobox from the same angle. We ended up positioning the phone right in the middle of the grabber, about here. 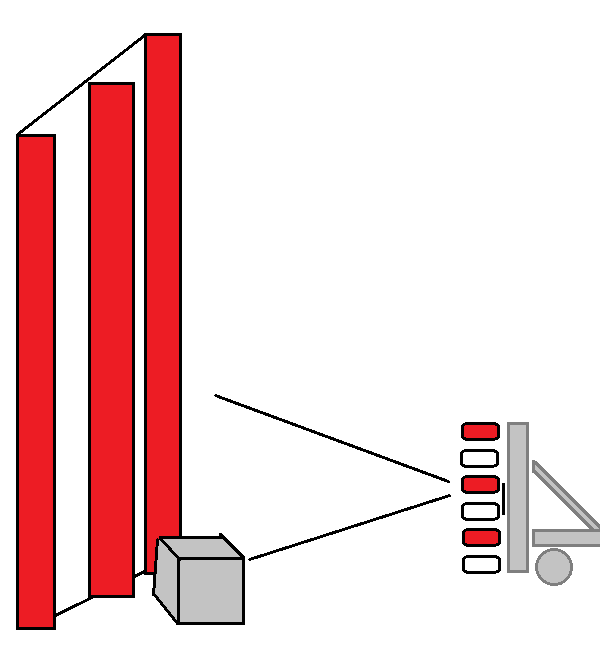 In our postmortem, we will talk about the issues caused by these last-minute changes.