As were continuing development of the relic arm, we realized we needed to make several modifications. That resulted in the following design. 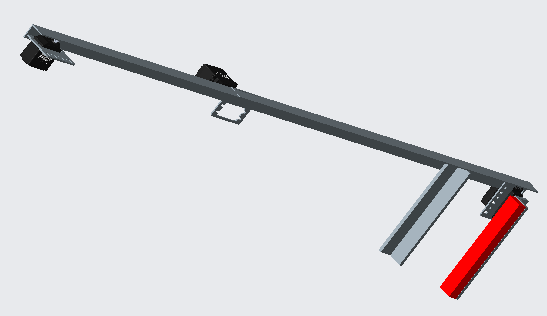 This demonstrates the latest version of the relic recovery arm. You may be saying "WOaH that doesn't fit in sizing cube!" Good news: The servo in the middle folds out the second part of the arm to that the entire mechanism fits in the sizing cube but can extend to reach over the field perimeter to zone three.

One modification we made from the previous version is the grabber itself, pictured below 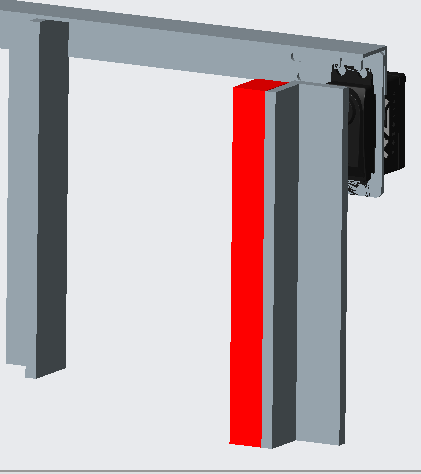 We realized that the long TETRIX plate from before wasn't exactly the most efficient tool as a grabber. Though we will eventually design a claw for the relic, we temporarily decided to use two small aluminum pieces.

One final new addition we made was the servo on which all of this lies on. 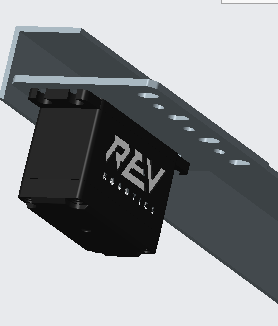 We added a servo mounted upwards in the last stage of the arm. This makes the arm swing out from the top of the robot, allowing for a rotating degree of freedom when perfecting the relic placement.

As stated previously, we will need to design the relic claw. Doing this will allow us to get better grip of the relic.