After continual development and adding the fifth grabber, it became time to make a new model. 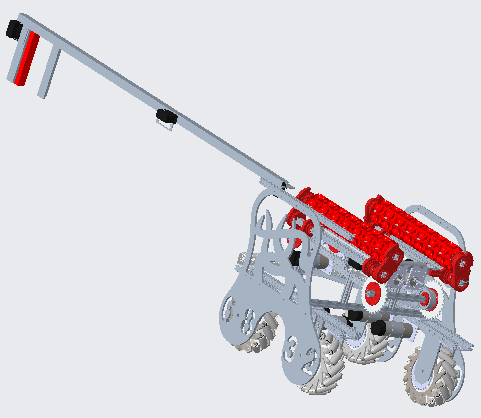 With some sick upgrades, Kraken has become reborn just in time for Super-Regionals. With some new mechanisms and constraints, we developed a better and more efficient robot. 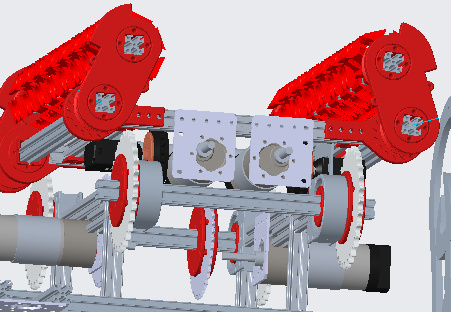 Gripper v5 was added to the chassis via 4 small REV rails which could keep the grippers attached to the conveyor belt. These were constrained using coincidents.

The relic arm was constrained onto the model using a REV rail on the side of the robot. Though the arm may look longer than in the 18 inches, the current picture demonstrates it at its extended distance. 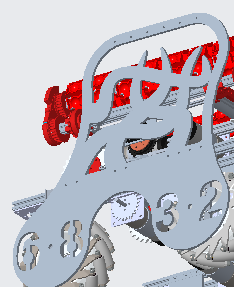 And last but certainly not least, we added cool new side shields. Cut from AWC, the shields will replace our current wheel mounts and wheel guards to create a protective metal layer and look awesome on the field.

At this point, we have everything on the robot. However, we need to figure out what to do with the jewel arm before we go to Athens. That will take time to develop and place onto the robot. Upon completion, we can complete the robot model.