Task: Find a place to put the flag 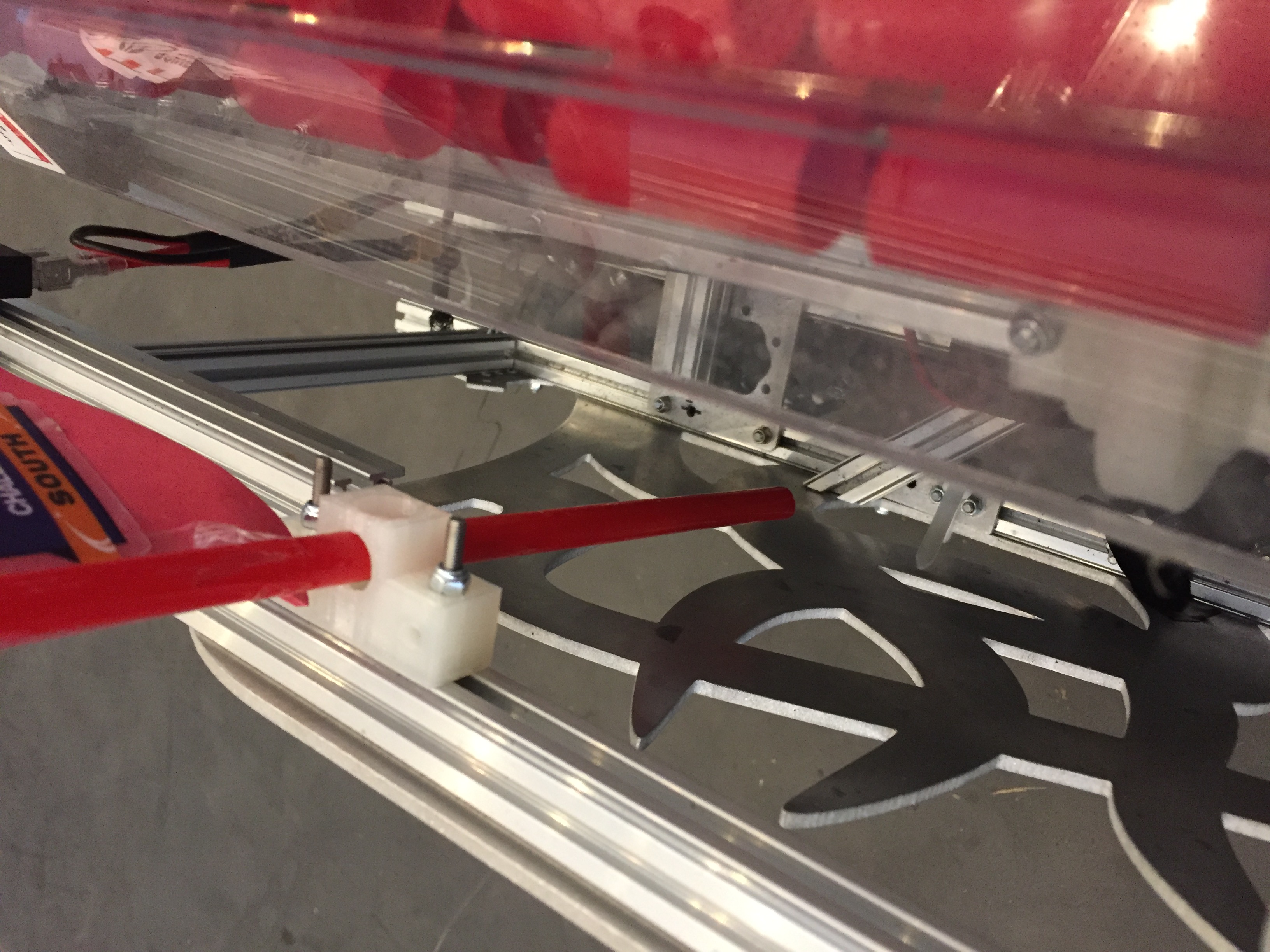 When we went to Super Regionals, we forgot about where to put our flag with the new design. That led us to strapping a zip tie to a side shield, ruining the aluminum aesthetic. We decided we need a specially designed part to put our flag in since duct tape didn't look nice (we're classy like that). I embarked on a mission to create a 3-D printed part for it. That led to the part you see above, which has worked very well. It didn't always look that nice though. The part endured a very special process, one that Iron Reign has used for years and has carried us through the hard times. If you guessed the engineering process, you are correct. 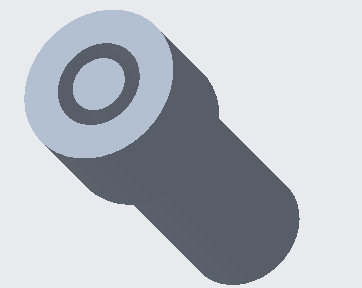 This was the first iteration of the flag holder. The reason it looks so circular was that it was originally going to stick into the Relic arm so that when it extended, the flag would go with it. I built it around those specifications. However, when I went to print it, I realized that there was no good way to print it without supports (nylon doesn't clean very easily for big supports). I also saw that the holder wasn't modular enough to encompass different flags and had to be mounted only one way. I threw this design in the trash and started over. 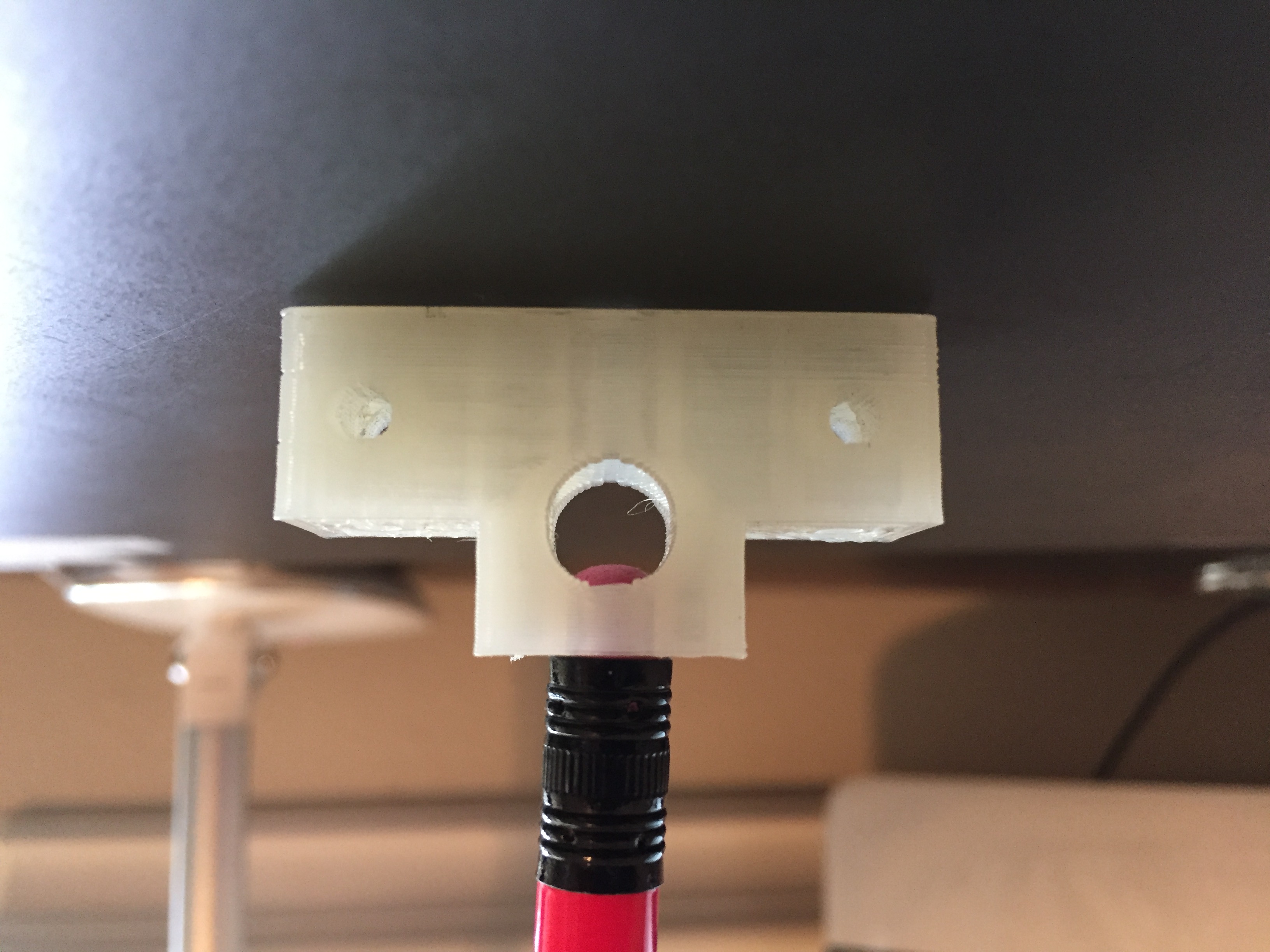 Inspired by REV's pillow blocks, I decided to make something similar to that. I wanted the part to be able to mount in different ways in case if robot design modifications were required. That led me to the the design above. It worked much better than the previous design. However, the holes for the flag weren't big enough to fit even a pencil. This is a problem because we don't know how flags will be at worlds. I went back into Creo to make a new design. 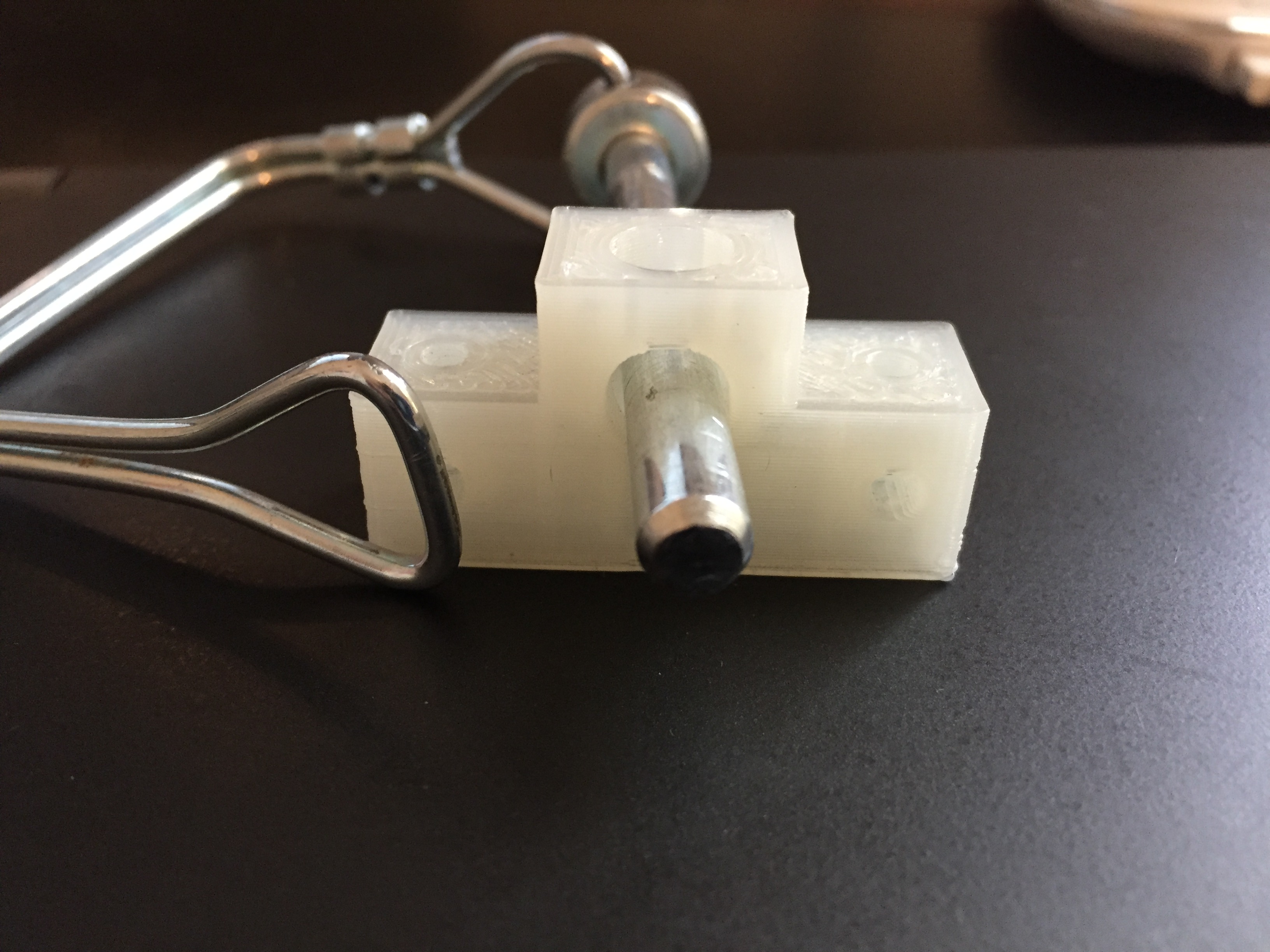 As many other people have said, third time is the charm. After enlarging the flag circles and making overall dimension modifications to fit this change, the holder ended up accomplishing both tasks I need it to do. It was big enough to fit a pin with some wiggle room and actually held the flag as seen the first picture. We will use this at worlds and possibly hand them out to teams like us at Supers who are using zip-tie holders.