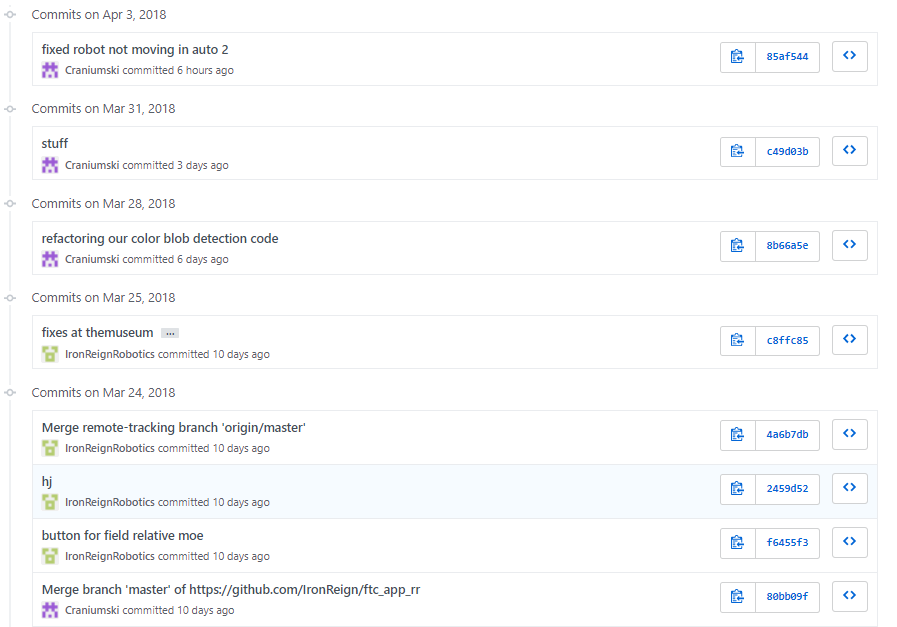 As explained in a previous post, we were having many issues with git commits and fixing our errors in it. After a lot of the merging conflicts, we had to fix all the commits without exactly knowing what was being changed in the code. Part of the reason this was so hard was our lack of good naming conventions. Though we always try to make a title and good description for all posts, this doesn't always happen. This is precisely why it is important to check in all changes at every session with good descriptions. Someone had to spend their time mechanically trying to do merge conflicts without understanding the intent behind the code. So it took them longer, they may have made mistakes, an issue fixed by good documentation in the first place.

This post is dedicated to explaining some of the errors and what the commits true intentions were.

That one is mostly about code for the 3rd servo in the gripper open/close methods. It created the servo in pose and added code for it in GlyphSystem2.

This was for tuning the field oriented code to work. There were some errors with arrays in the way power was fed to the motors (null pointer exception) so I (Abhi) had to fix that. Also, I made some touch up edits with formatting in the methods. After all this, Tycho made (may have edited existing) a method in Pose for Viewforia demo. Minor changes were made to account for this.

First part was all Argos edits at the museum to make it functional and fine tune some measurements. Second part involved the conveyor belt flipper. Tycho made changes to the dpad up and down to return to the home position rather than carry out complete motion (not sure if this carried over in all the commit mess but it was done theoretically). Driver practice will have to confirm changes.