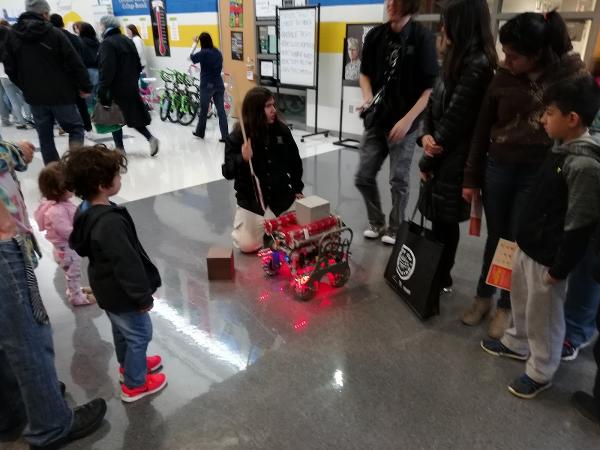 Today, our sponsor volunteered our RV for DISD's Discover Summer PREP U. This is the week before Worlds, but luckily this event was from 9am-1pm, so it didn't interfere with our normal practice. The event was originally planned to be outside, but it was 39°F, well below the Dallas average April temperature of 57°F. This meant that we didn't get as many visitors as planned because we can't exactly park our RV inside, so we braved it alone. For the first few hours, we didn't realize that, so we sat all lonely inside. Finally, we realized our mistake and sent people in to demo our robots and invite people outside. 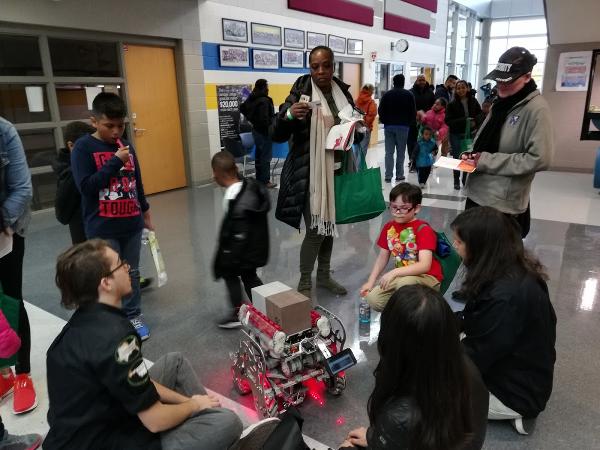 Once people heard the gospel of Iron Reign, we were flooded with visitors, and we were completely unprepared. We had a team member who fell asleep under a bench, and the masses of people trapped her underneath, and we had to wait for an oppurtune moment to free her. The RV had its usual two modes, with EV3 Sumo Bot programming in the front, and keychain printing in the back. We recently bought two new filament types, green and translucent blue, both of which produce higher quality prints and easier removal than the usual red filament. 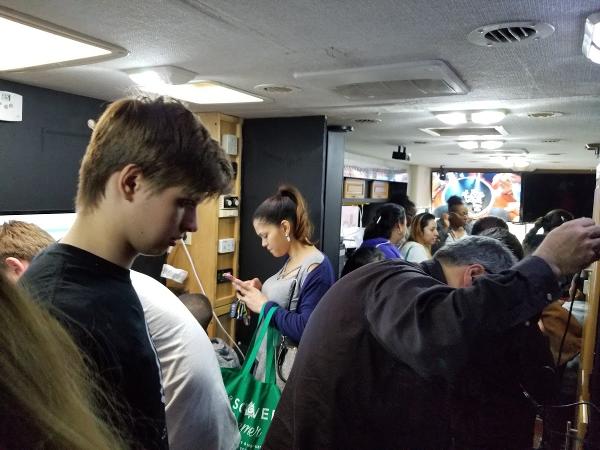 Inside, we had people talking to the passerby, giving them the history of Iron Reign and other FIRST-related information. Austin and Tycho drove Argos and Kraken, drawing many interested visitors of all ages. We even saw the father of one of our former alums. We talked to the most people in there, but we still drew a decent amount of people to the RV.

Overall, we interacted with about 450 (Waiting on BigThought estimate) people. While not exactly as much as we hoped, this was still a decent showing for the weather.

This was our last outreach event before Worlds, and it was an successful one at that.