It was a dark, surprisingly non-humid, Houston morning. Tarballs blew through the parking lot from dusty, abandoned oil refineries down by the bay. One by one, phones went off in the hotel looming above the lot, waking up their inhabitants. In these rooms, their occupants dusted off their Bucees wrappers and Iron Reign shirts and stumbled to the tournament. 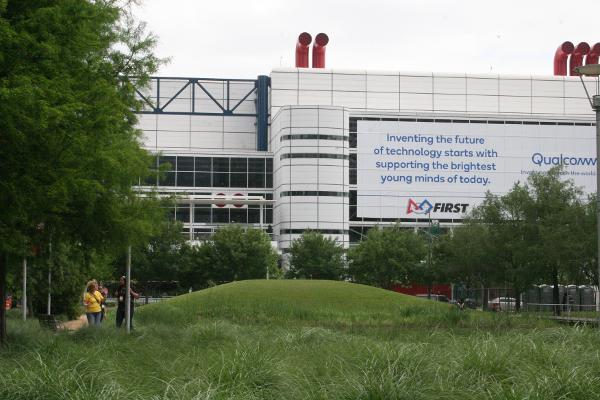 The first day was relatively short, with a lot of waiting. There were two main parts of the day, presentation and first match.

Our presentation went well. We were able to get all of our information across effectively and we got in-depth questions from all of the judges (including our first question about coding all season). Throughout questioning, we were able to hand off questions so that no individual member dominated the questioning time. One problem we had with the presentation was that the rooms were constructed within the competition hall with fabric. This made it so that sound did not carry very well within the rooms, and that sound could carry over from other rooms, so the judges had difficulty hearing us at some points depending on the speaker. Despite this, we're confident that the majority of the information came across. 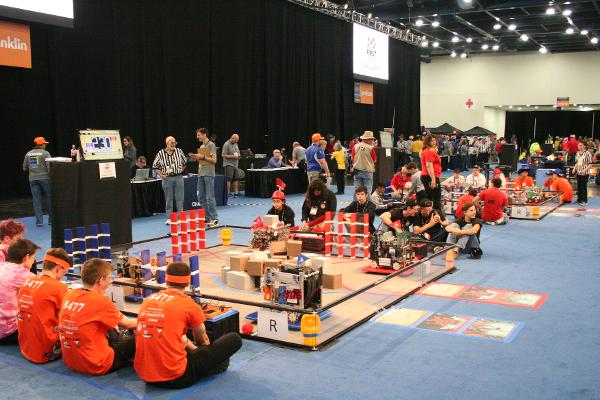 We won this game, 319-152. Both us and KNO3 outdid ourselves in robot game, scoring more in autonomous that our opponents did the entire match. In telop, we lagged behind, but there was already no catching up for our opponents.