It was the beginning of Day 3. We awoke, covered in metal parts and broken servos, took our sleeping-caps off, and went off to the Houston Convention Center. 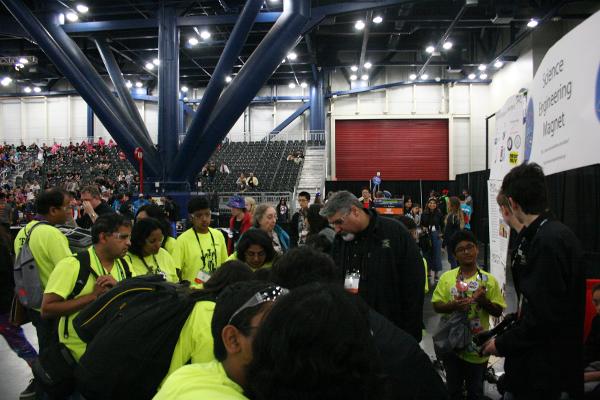 We won this game, 467-442. This was personally, our best game. We went against the BLUE CREW and won, which was no small feat (they went undefeated until this match). On top of that, we completed a full cryptobox, which we had never done before.

We lost this game, 254-333. Our autonomous didn't work well, so we lost a good amount of points. As well, we just couldn't keep up with the blue alliance in TeleOp.

We lost this game, 232-408. Our phone fell off our robot at the beginning and disconnected :(.