At the moment, we've used the same chassis base for three years, a basic mechanum base with large wheels. However, we don't really want to do the same this year. At the time, it was impressive, and not many teams used mechanum wheels, but now, its a little overdone. 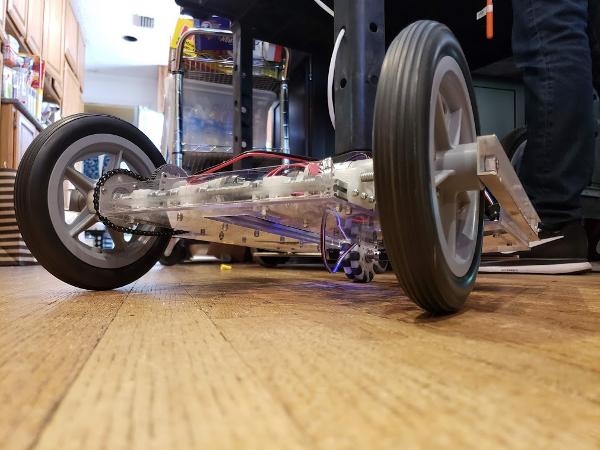 Thus, we have BigWheel. We used this as a practice design, but we ended up really liking it. It starts off with two large rubber wheels, approx. eight inches in diameter, mounted at the back and sides of the robot. Then, we have two geared-up motors attached to the motors for extra torque and power. In the front, we have a single omniwheel that allows our robot to turn well. 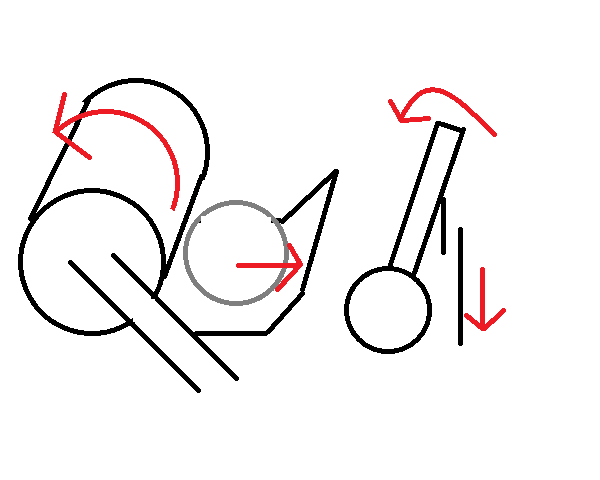 First, we need to add an intake system. For this, we're considering a tension-loaded carwash that can spring out over the crater wall. It'll pull elements in and sort them through our intake using our separator, which we will detail in a later post. Then, the robot will drive over to the lander and lift itself up. Since the main segment of the robot is based off of two wheels, we're attaching a telescoping slide that pushes off of the ground at the opposite end and pivots the front of the robot upwards. Then, the intake will launch upwards, depositing the elements in the launcher.

We need to create a proof-of-concept for this idea, and we'd like to create a 3D model before we go further.