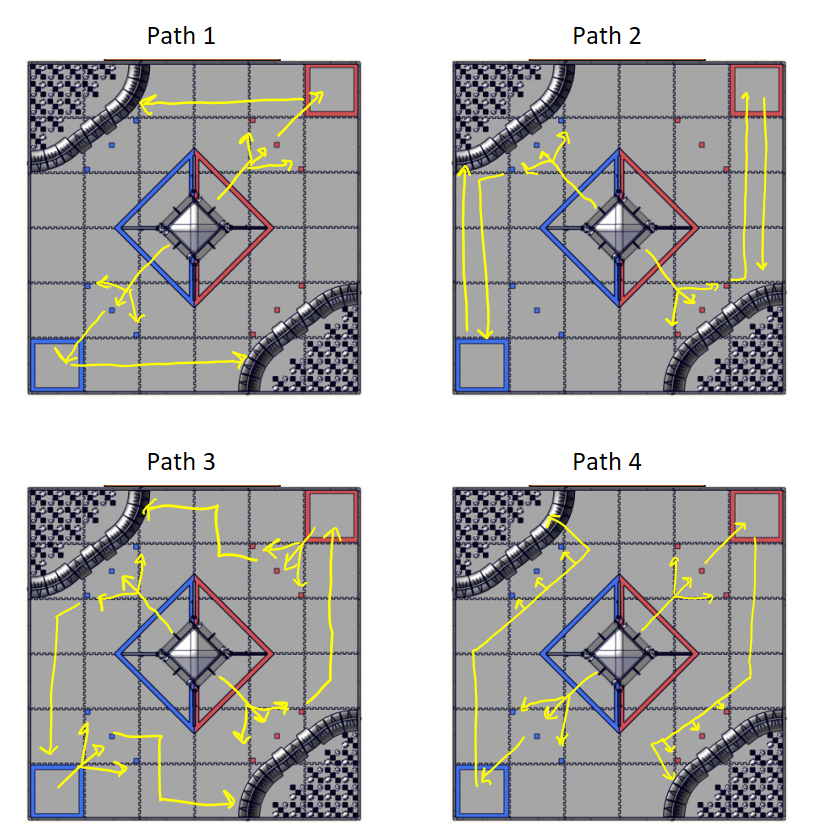 With the high point potential available in this year's autonomous it is essential to create autonomous paths right now. This year's auto is more complicated due to potential collisions with alliance partners in addition to an unknown period of time spend delatching from the lander. To address both these concerns, I developed 4 autonomous paths we will investigate with to use during competition.

When making auto paths, there are some things to consider. One, the field is the exact same for both red and blue alliance, meaning we don't need to rewrite the code to act on the other side of the field. Second, we have to account for our alliance partner's autonomous if they have one and need to adapt to their path so we don't crash them. Third, we have to avoid the other alliance's bots to avoid penalties. There are no explicit boundaries this year for auto but if we somehow interrupt the opponent's auto we get heavily penalized. Now, with these in mind, lets look at these paths. 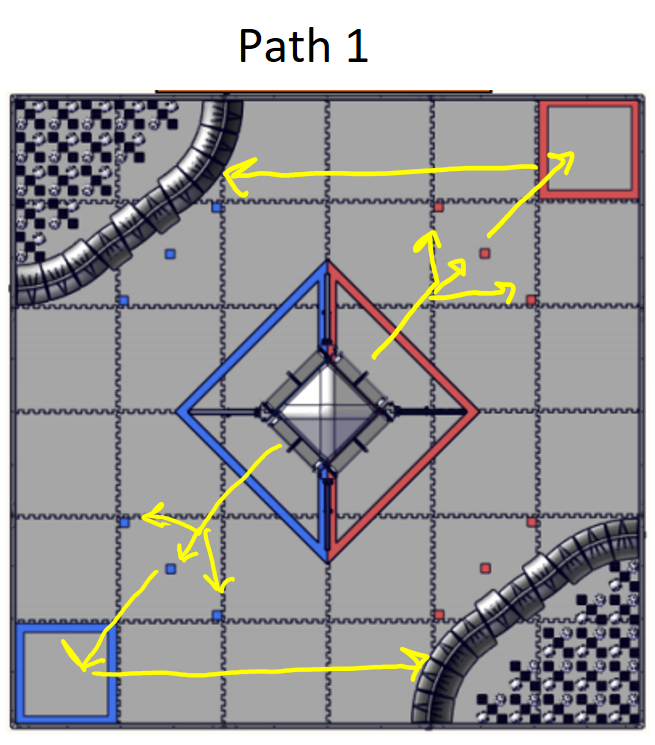 This path plan is the simplest of all autonomi. I assume that our alliance partner has an autonomous and our robot only takes care of half the functions. It starts with a simple detaching from the lander, sampling the proper mineral, deploying the team marker, and parking in the crater. The reason I chose the opposite crater instead of the one on our nearside was that it was shorter distance and less chance to mess with our alliance partner. The issue with this plan is that it may interfere with the opponent's autonomous but if we drive strategically hugging the wall, we shouldn't have issues. 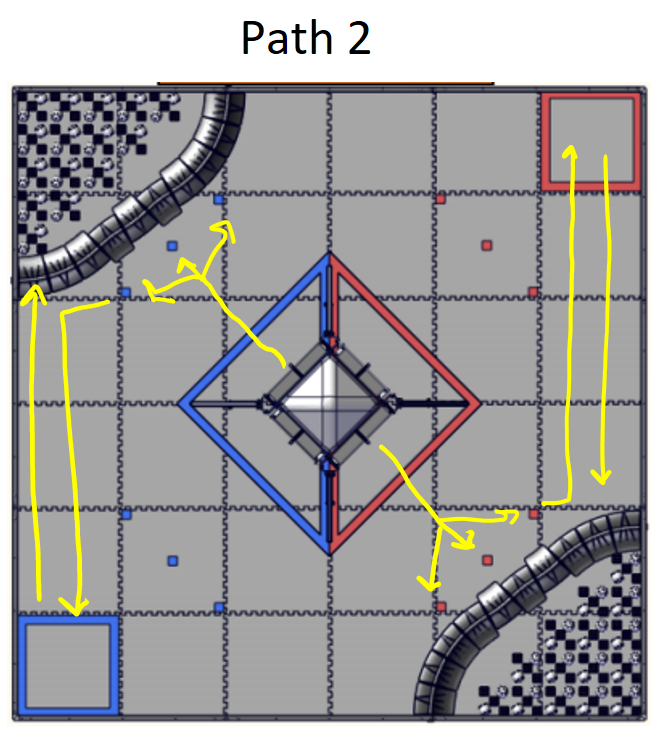 This path is also a "simple" path but is obviously complicated. The issue is that the team marker depot is not on the same side as the lander, forcing us to drive all the way down and back to park in the crater. I could also change this one to go to the opposite crater but that may interfere with our alliance partner's code.

This is one of the autonomi that assumes our alliance partners don't have an autonomous and is built for multi-functionality. The time restriction makes this autonomous unlikely but it is still nice to plan out a path for it. 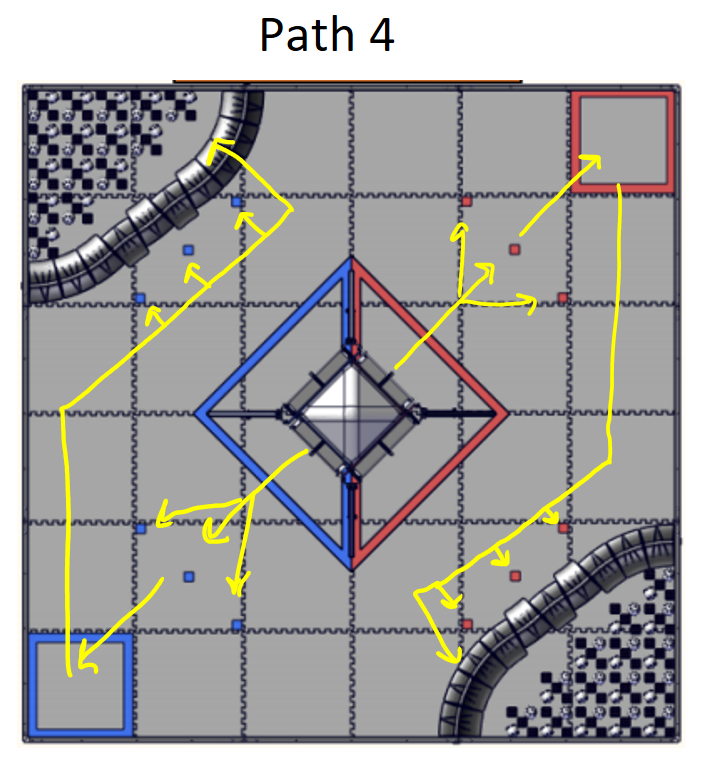 This is also one of the autonomi that assumes our alliance partners don't have an autonomous. This is the simpler one of the methods but still has the same restrictions

Although its great to think these paths will actually work out in the end, we might need to change them a lot. With potential collisions with alliance partners and opponents, we might need a drop down menu of sorts on the driver station that can let us put together a lot of different pieces so we can pick and choose the auto plan. Maybe we could even draw out the path in init. All this is only at the speculation stage right now.