Since our overflow of new recruits, we have opened up two other teams 15373 and 15375, which Iron Reign will mentor and lead along with our mentorship of 3732 Imperial Robotics, who has also received new recruits. Today we plan to continue integrating them into FTC; we will begin teaching them the different expectations of an FTC team, including hard and soft skills such as coding and presenting to a panel of judges. In Iron Reign, we are going to continue prototyping various mechanisms we have designed. Also, we are going to get started with coding and autonomous.

This week, we had even more recruits join us today, so we decided to run through our Worlds presentation from last year to teach them about the judging process and our engineering process. We set their expectations for what competition day looks like, and what they need to focus on and maintain throughout the season, such as the engineering journal and outreach. We had a long discussion about subteams and we are going to let the recruits explore these subteams and decide for themselves what parts of FTC they wish to pursue. 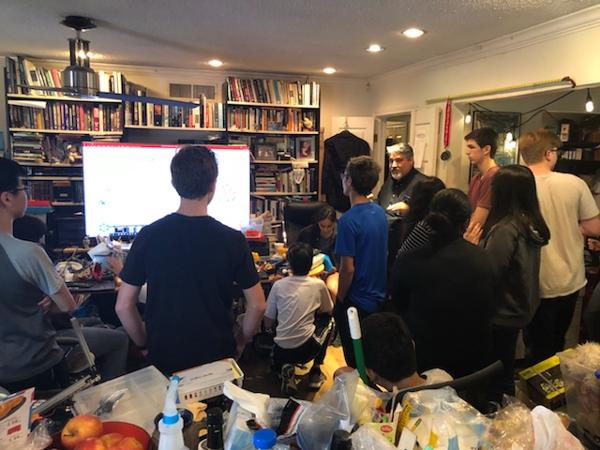 Presentation to recruits.
Janavi continued working with linear slides, which we installed on a bare chassis as well as the hook Abhi designed and printed. Near the end of practice we tested the slide and we found that it worked pretty well but we need additional tests before we can determine whether it will ba a viable option for our robot. To see more information on our linear slides, see (E-,). Evan worked on a secret project, details will be written about in future blog posts. See (E-34, Another Design Bites the Dust). Karina continued to work on our team marker. Last time we decided on the design we want to use, and she had put the idea into reality today. 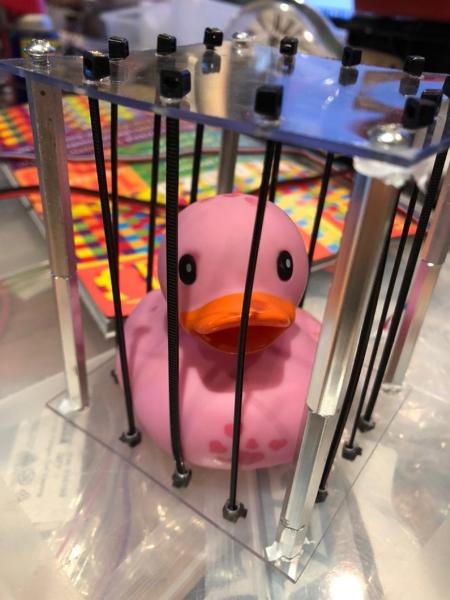 Justin modeling
Over the summer, we worked on a new replay autonomous system where rather than coding an autonomous, testing it, then fixing it, we drive the robot in our intended path and that path is automatically recorded in the code. This year, we don't think that system will work, with the heavy emphasis on computer vision and the unreliable positioning of the robot after it drops off the hook on the rover. Also, today we worked with the recruits that demonstrated interest in coding. Abhi gave them a lesson and let them create their very first autonomous program by themselves (but with his guidance of course).