Task: Work on a possible chassis

We've been toying around with the idea of using BigWheel, our Summer Chassis Research Project bot, in this year's competition with a few modifications. The idea for this robot is that it has a collection system that extends into the crater, and folds up on top of the robot. It reaches in with the collection arm, and grabs the blocks/glyphs, drives backwards and flips vertically using the drive wheels as a point of rotation. Here’s a basic sketch of what that looks like. 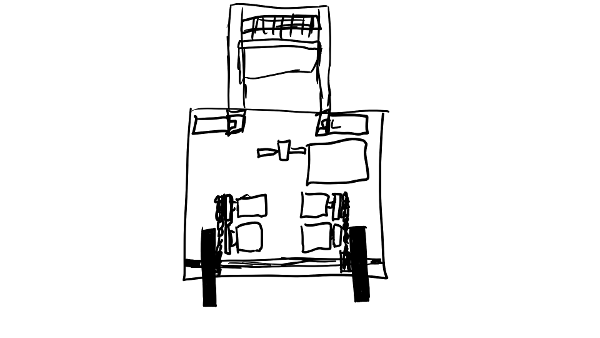 The way this will be achieved is with a spring loaded lever connected to the omni wheel that makes up the holy trinity of wheels. So far I have pieced together the arm that reaches into the pit, which is powered by two NeverRest 60s and geared in a two to one ratio to significantly increase the torque. Between the two arm I plan for a horizontal beater bar to intake blocks and a slide attached to a servo to separate blocks and balls based on their size. The idea is to have a way of sorting based off of the physical shape rather than by digital sensing means. The more that can be done purely off the shape of the elements, the better. 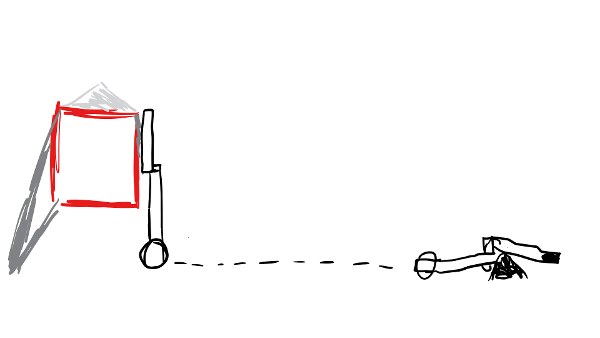 Next week, the team will have to make some serious progress since there will be more hands to build. My hope is that the lever will come about soon, even if in its most infant stage, and that some semblance of a functioning robot can be game tested in the next few weeks, just in time for a scrimmage and potentially an early qualifier.