Task: Design a sorter for the balls and blocks

To increase the efficiency of our robot, we looked into ways to passively sort minerals during intake and deposit. It is important to sort because it requires less precision under driver control allowing a faster and more efficient robot. Though bulky, we designed an initial design to sort the minerals. 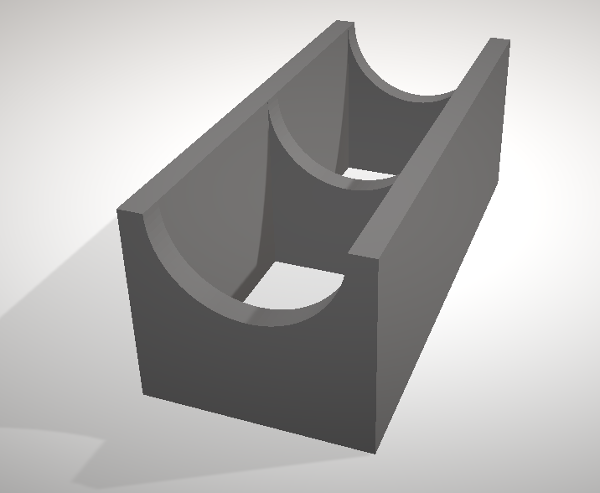 When this piece is mounted and both blocks and balls are run over it, the balls run down the top and don't fall in the collector, but the blocks fall in the holes. We modeled this design in PTC Creo, then printed it in ABS.

This design works but is large so we're going to have to find a smaller and simpler way to sort game pieces. In the future, we're going to minimize this and probably move to a smaller sorting mechanism.