Right now, we're working on a static-deposit system. The first part of this system is having an intake mechanism that passively differentiates the balls and cubes, reducing complexity of other parts of the design. Thus, we created the corn-cob intake.

First, we bought ice-cube trays. We wanted a compliant material that would grip the particles and be able to send them into a larger delivery mechanism. 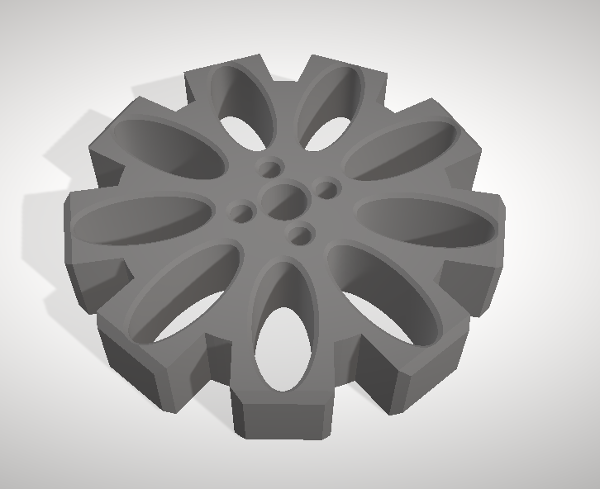 Then, we designed a wheel which' spokes would fit into the holes on an ice cube tray, allowing the tray to stay static while still being compliant in a cylindrical shape. Then, we can put axle hubs through the center of the wheel, allowing us to mount the wheels on a hexagonal shaft. Then, we can mount a sprocket on that, allowing the bar to be rotated for intake. This bar is mounted at the height of the balls, not blocks, so we can passively sort the minerals in-action.

We need to mount this on our robot and design a way to deliver the field elements. We're also going to go into more detail on the ice cube mounts in a later blog post.