A reflection on my time at Iron Reign 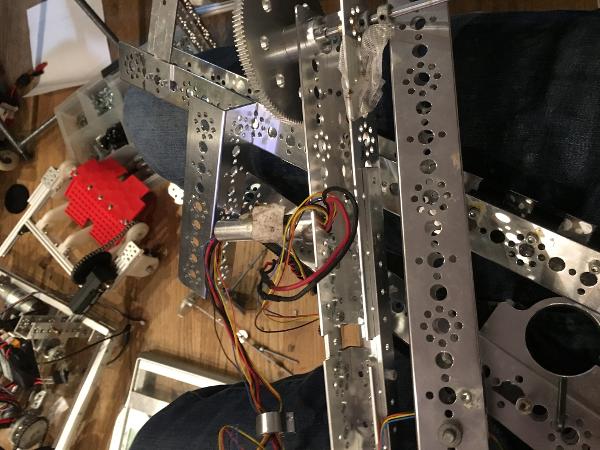 In 2012 I began competing in FTC. That year our team built a robot with a giant central arm on top of a six wheeled drivetrain that sported a ring bucket that the rings would slot into one or two at a time. The idea was that we would go bit by bit, slowly moving the rings onto the rack in the middle. This was a mediocre idea in theory, but an even worse one in practice. I think in that entire season, we only were able to score one ring, and it was when I was by myself on a practice field before a match. The whole season had led up until that moment. It was the year I learned how to wire things, how to solder wires, how to use a bandsaw, a table saw, a miter saw, and how to really think about the real world applications of what I was doing. When I scored that ring, I was so happy. I told the whole team because this is what we had been trying to do for three months without success. We never scored another ring that season, despite being in first or second place at our qualifier (which is really just a testament to how heavily you can be carried in FTC). Since then i’ve worked on, designed, and built numerous competition robots, making a smooth transition from FLL to FTC, and i’ve been there for basically every major moment in our team’s history, from the very first meeting at the Virani household to our trip to the World championship competition in Houston where we won the Motivate award. I felt the same walking up on that stage and accepting the motivate with my team as I did back in 2012 scoring that one ring. That feeling of success and pride in my work. That’s why I keep doing FTC.

I say all of this because today I had to take apart the arm of the first robot I ever built, and I thought it was a little poetic how I was using the robot I helped build in the my first season of FTC as part of the robot in my last season of FTC. It was weird. I don’t know. It was one of those rare full circle moments that you only ever get a few of and half the time you don’t even recognize them when they’re happening and never really get to appreciate them. It really just made me think back on all my years of robotics.