Task: Detail TIG welding plans and why they failed 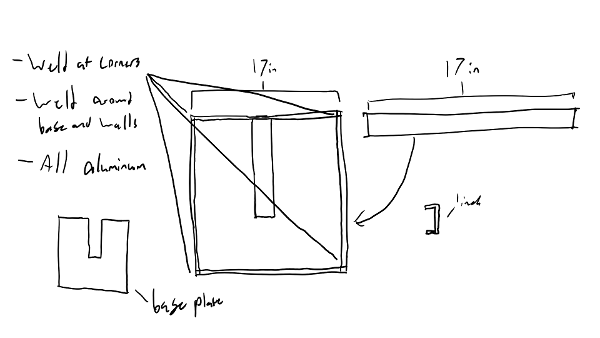 At the beginning of the season, we saw that our robot base was not as well crafted as we originally thought it to be. While we have worked to correct it over the season, it’s still not what we wish to see in a functional robot, and we came up with the idea of making the frame from light aluminum instead of the polycarb, and fix it with TIG welding.

It seemed like a good idea at the time, but there were many other problems on the robot more important than a new base. So we pushed the TIG plan to the side, in lieu of correcting other issues like the lift and the intake. While we won’t completely throw the idea out, it will be a while before we begin to start the project. Also hindering us is the amperage output of the home, which is too low to run the TIG welder off of. Until we get additional amperage to the house, our plans will be on hold but not forgotten.