We now have a lift and an intake system, but we're missing a way to hold onto and deposit the minerals after intake. To achieve this, we created a prototype. 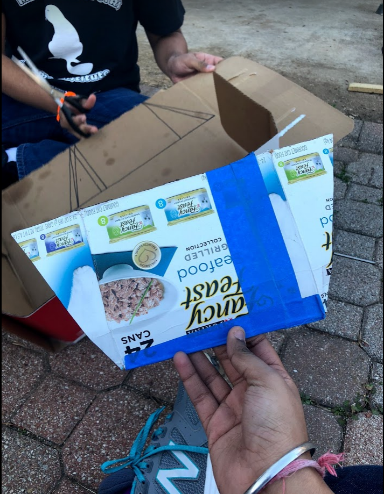 We wanted to create a box-like shape that can be attached to a moving axle to hold the minerals when lowered. When the lift is up in the air, the axle can rotate to lower the box and let the minerals fall into the depot. We tested out multiple designs but we ended up having to nix that as there was no way to get the minerals out of the box once they were in. 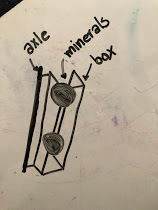 Our second design was a sloped shape: just steep enough to hold onto the balls but not so steep that the balls couldn’t escape. To create this shape, we decided to have a rectangle attached to an axle able to hold the minerals when down and deposit the minerals when spun. We created multiple variations with different sizes as can be seen in the drawing below. We eventually settled on was design B, a square that was 155 cm by 155 cm. 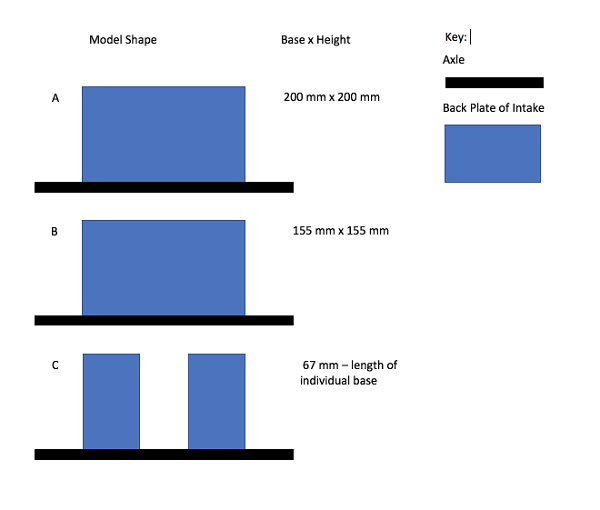 We decided to not use design A as it was simply too large and continuously hit against the edge of the rail. We progressed to a smaller size of 155 mm by 155 mm (design B) that worked well. We attempted another design of two separate backs as two separate channels for the minerals (Design C). However, we decided this wasn't a very good design because there was an increased chance of the ball getting stuck in between the channels, causing either a penalty or a decrease in the number of balls we can control.

After creating the back of our holder, we realized that we needed to elevate it off the back of the rails at an angle. It was the only way to hold the balls and allow them to come down a ramp when the axle is spun. We decided that the best way to achieve this was through two wing-like triangles on the side that we could bend to ensure the minerals couldn’t escape out the side. We went through multiple designs as can be seen below 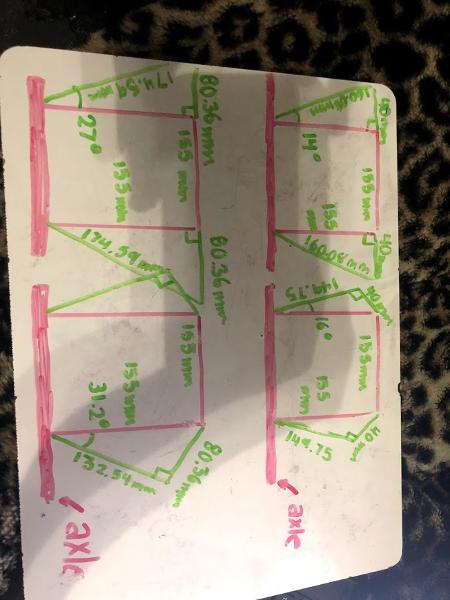 At first, we attempted to attach two right angle triangles with 155mm acting as a leg of the triangle. We varied this design by increasing the angle of the slope so that the balls would be held at an angle that allows them to not slip. But, after creating this design out of cardboard and attaching it to the axle, we saw that the sharp angle interfered with the beater bar. To amend this, we changed the triangle attached to the end of the rectangle to have the 155 mm side be the hypotenuse of the triangle. Again, we varied the design in the steepness of the triangle. Through this, we determined that a slope of around 30 degrees was the best design.

After finalizing our design, creating it out of cardboard, and attaching it to our robot, we cut the piece out of polycarb. We bent the side triangle using heat and drilled in the holes to attach the axle with.

Although this design works well, we want to continue to change and improve upon it. For example, the next way we can improve the design is by changing the way that the polycarb is attached to the axle through a 3-D printed attachment.