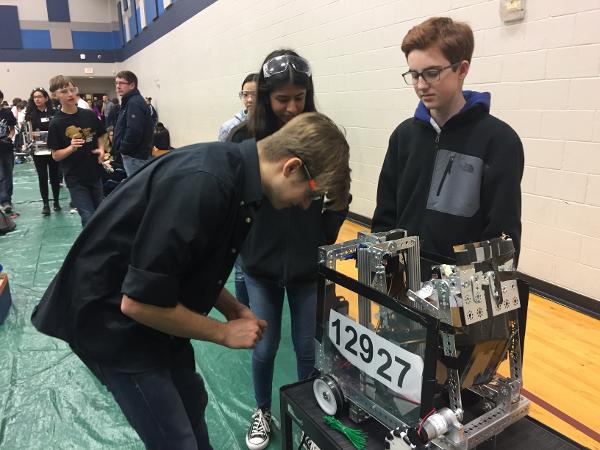 Wylie East was Iron Reign's second qualifier of the year. Having qualified at the first one, we planned to use the tournament as an opportunity to practice the presentation and driver practice, as well as check up on other teams' progress. We didn't have a working robot going in - we had found that our latch was one-time-use only the night before, we had recently swapped intakes due to weight, and our autonomous was non-existent. 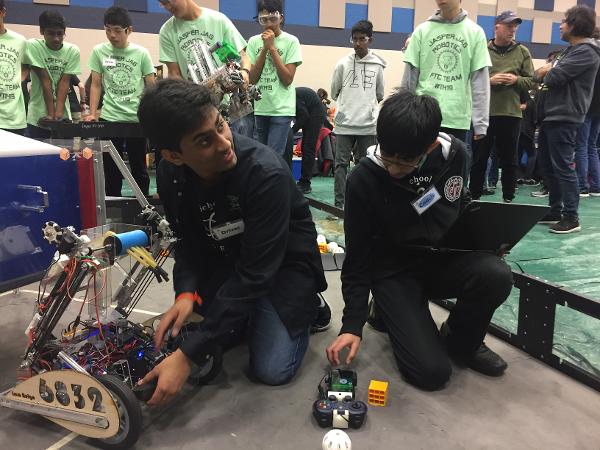 Unlike last tournament, we had actually done presentation practice, cleaned out the judging box, and revamped the presentation. We were missing a member, but we had already reassigned their slides well in advance so that people would practice them.

And, our practice paid off. We had pretty seamless transitions, we had a good energy that the judges enjoyed, and our robot demo went really well. We got our content across, and even better, we finished way under 15 minutes so that the judges could ask us questions (even though they didn't have many to ask).

Later, we had one group of judges come up to greet us. They mainly asked about our robot and its various functions and design choices. Our robot wasn't there, so we had to rely on old prototypes. 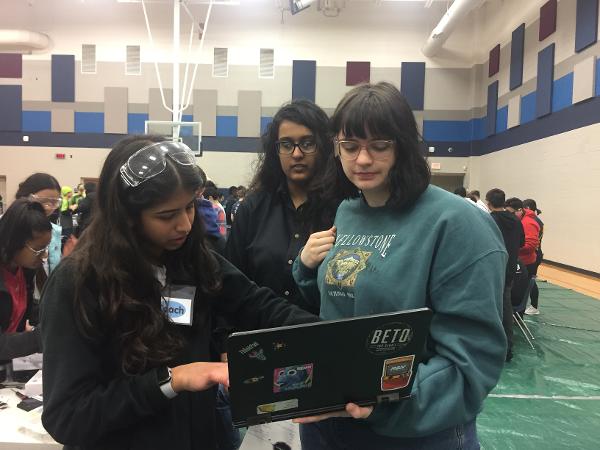 Our robot passed field and robot inspection with flying colors and no reprimands, probably the first time that this has ever happened for Iron Reign.

Like above, we really didn't have a perfectly working robot. But, we performed much better than past tournaments due to improvements.

For the first time in Iron Reign history, we tied, 211-211. Our autonomous sampled and we parked, and we were able to latch in the endgame, so it was a pretty good match all around.

We lost the next match, 134-85. Our partner's robot shut down, so we couldn't keep up with the opponent. Our auto worked though, as well as latching.

We lost this match, 102-237. This time, our autonomous didn't work, as our team marker fell off and knocked us off our path.

We lost, 123-139. Again, our autonomous workde fine, everything else just failed.

We lost, 122-154. Everything was going smoothly, but our alliance was blown out of the water during particle scoring.

After Judging and Awards

We weren't picked for an alliance, so we had to wait for awards. And, we ended with three awards: 1st Connect, 2nd Innovate, and 2nd Motivate. We were ineligible for Inspire due to our prior performance, but we don't believe we would have won it - the head judge stated that this was the closest tournament to regionals that we would get, so there was plenty of tough competition.

After the awards ceremony, we came up to the fields to help clean and talk to referees. There, we were told something that we enjoyed; one of the refs told us that Iron Reign was one of the nicest and most graciously professional teams they had dealt with this season. We really liked to hear that, and it meant a lot. Also, we were told by another observer that we needed to make what our robot did more clear in the presentation, a point that we'll expand upon in the post-mortem.