Task: Create a mechanical deposit for our selective deposit

To relieve driver stress, we decided to put a mechanical release mechanism that would drop the minerals into the passive sorter to then further deposit them. The lever that activated the release mechanism was made of thick wire attached to a small gearbox that reversed the direction of rotation for the release gate. The lever activated the gearbox when it was pushed into the side of the lander. This created some issues that ultimately killed the mechanical release, such as a balance of tension that would never work out. We had to balance the tension of the rubber bands with the weight of the minerals while also accounting for the fact that the lever had to be pushed without our entire passive sorter being pushed beyond 180 degrees up and down.

Because of the difficulty in implementing this, we instead switched over to a servo which now powers the release gate. While short-lived, it was a good test of the limits of our intake system, and we will be improving on it in the coming days. 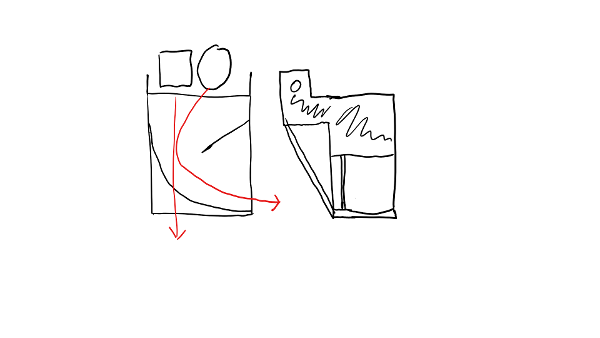 We need to attach a servo to the intake with a correct mounting position to allow at-will depositing. We plan to do this with a inward-mounted servo which will then be connected to the REV hub through a wire protector, allowing us to place a servo high on the robot without worrying about the wires getting stuck in the gears and cut like before.