Task: Assemble the V.3.5 latch and attach to the robot

We assembled the fourth version of the latch today. Some of the improvements on this latch include using bigger bearings and thrust bearings inside. This latch is designed to be stronger and more reliable. After cleaning the parts and trimming some edges, we assembled the pieces. Upon assembly, we discovered an issue: the gears required a different amount of pressure to catch the lock. If left untreated, it could result in the robot falling off the hook. We determined the root of this problem was that the locking mechanism on the right gear was shorter than the left. To fix this, we trimmed a few millimeters off the piece that provides tension on the left gear to match that of the right gear. 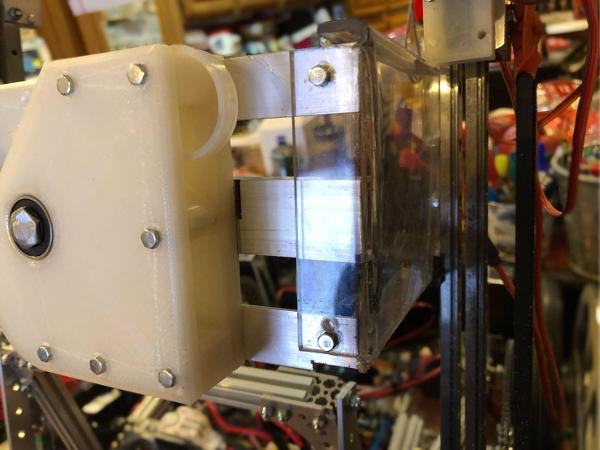 We will need to perform various tests on the latch to determine if the height is correct, if the latch can support the robot, ease of latching and unlatching, and consistency. We plan to test our robot this Saturday at the DISD STEM Expo, which will provide an opportunity to practice latching.