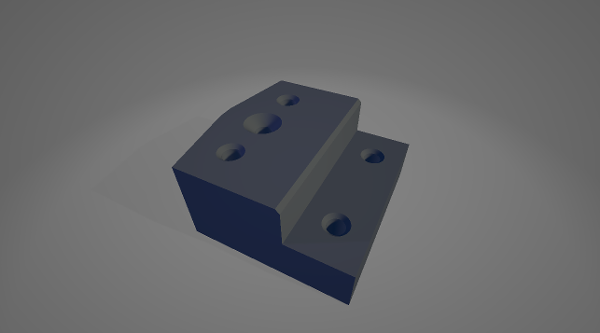 We had an issue where the belts that allowed our arm to slide upward were misaligned, resulting in the belts frequently slipping. We narrowed the slippage down to a single point, at this pulley.

We had to create a new spacer to keep that section of the belt inline with the rest. As usual, we took measurements and replicated them in Creo. It had to be about 3.5 centimeters long, the same width of the metal plate. The depth of the indentation to attach to the linear slide is about 0.75 centimeters and the diameter of the M3 holes 3 millimeters. With these measurements, we designed the piece and printed it in 60% infill nylon, strong enough to withstand the weight of the linear slides. This is what version one looks like: 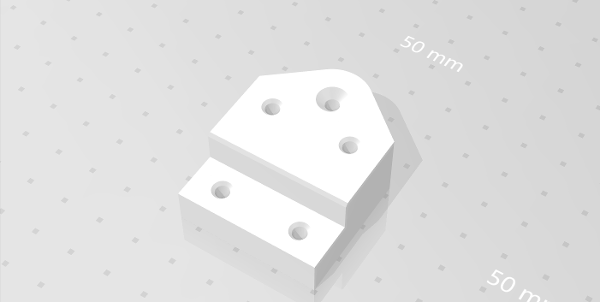 However, this version's holes were too far down, allowing the toothed sections of the belts to interact and jam. So, we decreased the height of the bottom pulley-holes so that the middle section of the belt would slider higher up, preventing interference. This resulted in the final version seen at the top of the article.

We still have to fully test these spacers, but we can't do a full test until we fix the gears supporting the elbows, which will be detailed in another post.