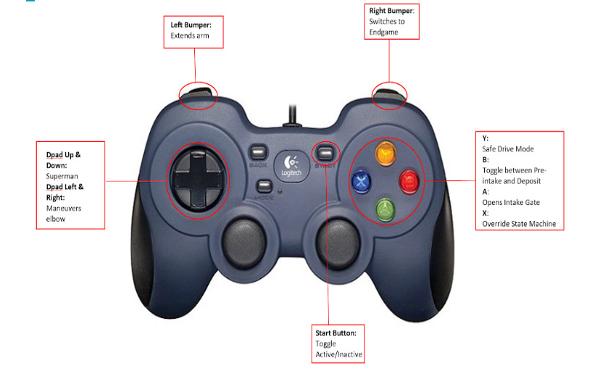 With regionals being a week away, the robot needs to be in drive testing phase. So, we started out by mapping out controls as depicted above.

Upon testing the controls, we realized that when the robot went into Superman-mode, it collapsed due to the lopsided structure of the base since the presets were not as accurate as they could be. The robot had trouble trying to find the right position when attempting to deposit and intake minerals.

After we found a preset for the intake mechanism, we had to test it out to ensure that the arm extended far enough to sample. Our second task was ensuring that the robot could go into superman while still moving forward. To do this, we had to find the position which allowed the smaller wheel at the base of the robot to move forward while the robot was in motion.

We plan to revisit the robot's balancing issue in the next meet and find the accurate presets to fix the problem.