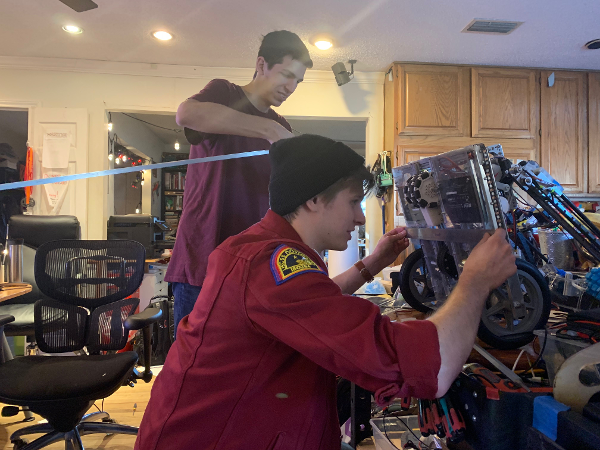 We plan to build the base of the chassis for the new robot, mainly by aligning the new REV rails with the polycarb base build last meeting. 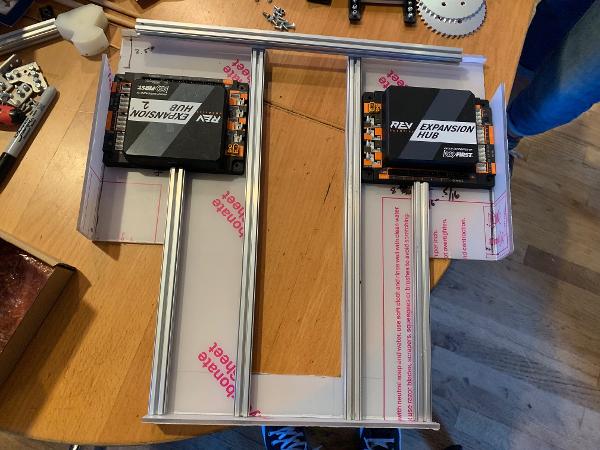 Karina, Justin and Evan measured and cut out rails for the new robot. Designing a new layout was a matter of deciding the REV Hub placement so that it did not interfere with the elbow motion. Since the chassis base holds all the subsystems together, it needs to be laid out such that all the rail and bolt alignments are able to support the structure of the robot.
Justin worked on creating new corner pieces for the new chassis. These were larger and more rounded in order to create a stabler base. Additionally, they had more holes drilled into them in order to be compatible for the c-channel. The holes also serve as a means for supporting the LED Strip. Karina and Evan also drilled the new REV rails so that they would align with the new chassis. 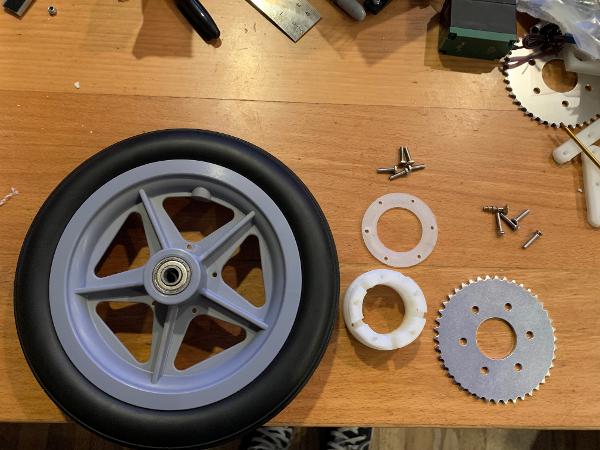 In order to switch from 60 to 1 standard gear boxes to 20 to 1 orbital motors, we replaced the gear sprockets with larger ones. This is because the new motors are much more robust and as such it would be ideal to employ the use of larger gear sprockets capable of supporting the motors' weight.