Connecting the Hook to a Servo

Tags: mechanical
Personhours: 1
Connecting the Hook to a Servo By Karina


Task: Connect the hook to a servo

When attaching the hook to the servo, it was very important that the configuration gave the hook its widest possible range of motion. The open position needed to as far back retracted as possible for an easier lander dismount, and the closed position had to be closed enough so that our robot would not fall off the lander in competition.

The hook was forged prior to its attachment, of course, so the mechanism had to account for the overextension of the end opposite the hook past the horizontal. To solve this problem, a L-bracket was mounted onto the end of the hook. 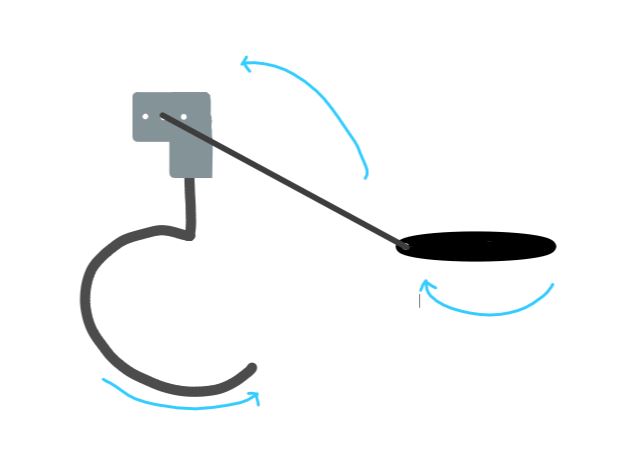 Now that the hook system is completed, all that's left is to test it and then mount the intake.