Task: Teach kids how to program and 3D-model at the Discover Summer Fair 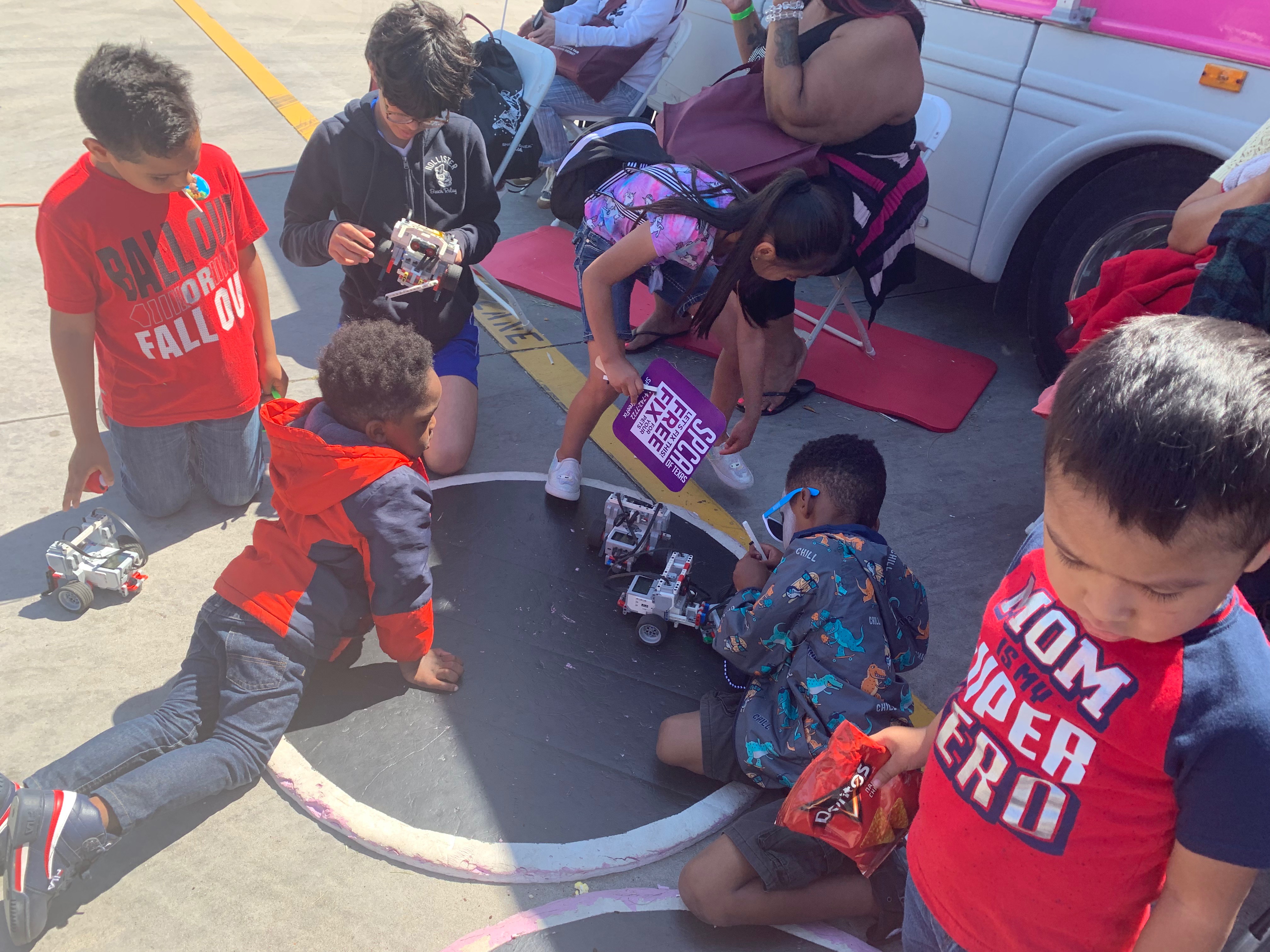 This Saturday was the Discover Summer Fair organized by the Dallas City of Learning. This was our very first Mobile Tech Xperience (MXP) event to kick off the start of our outreach efforts for the Skystone season. For background, the MXP is a robotics classroom on wheels that our robotics team uses to take to underserved areas around the Dallas region to teach the students we meet there about STEM and robotics. The vehicle is an old 90's RV that our team renovated around 3 summers ago and since then, the vehicle has been maintained by Big Thought, an educational non-profit organization who operates a program called Dallas City of Learning - the vendor for several of our outreach events. During today's event, we had a large turnout of about 500 participants for both the 3D printing station and the sumo robots programming challenge. The purpose of this event was for our team to introduce robotics-based activities like programming FLL robots and 3D-modelling keychains to students in the greater Dallas area who would have otherwise had no access to such activities.

We started out by setting up the MXP and the EV3 LEGO Mindstorm robots. After ensuring that the MXP was stocked up with laptops and 3D printers, we set up sumo mats, laptops, and LEGO Mindstorms robots in tables outside the vehicle. We wanted to kick-off the first outreach event of the season by demoing our competition robot from the world championship, Icarus, so we had to make sure that Icarus was able to both balance and drive around.

Between the four of us, there were so many participants that we had made the decision to teach them as a group to maximize efficiency. Making every step of the teaching process - whether it's block-programming a robot or modelling a keychain - as interactive and engaging as possible allowed us to easily communicate with large groups of participants.

Our station could not have run as smoothly as it did without the help of Big Thought for helping us staff and maintain the MXP, and for allowing us to introduce FIRST to so many young participants by giving us a booth at the fair. 3D-modelling and programming are, at the end of day, two important concepts encompassed within FIRST. Watching students who had little to no experience with robotics marvel at their keychain designs and their robots coming to life allowed us to see firsthand the impact we were hoping to make with our MXP events - to teach kids of all ages and all backgrounds that robotics was for everyone.