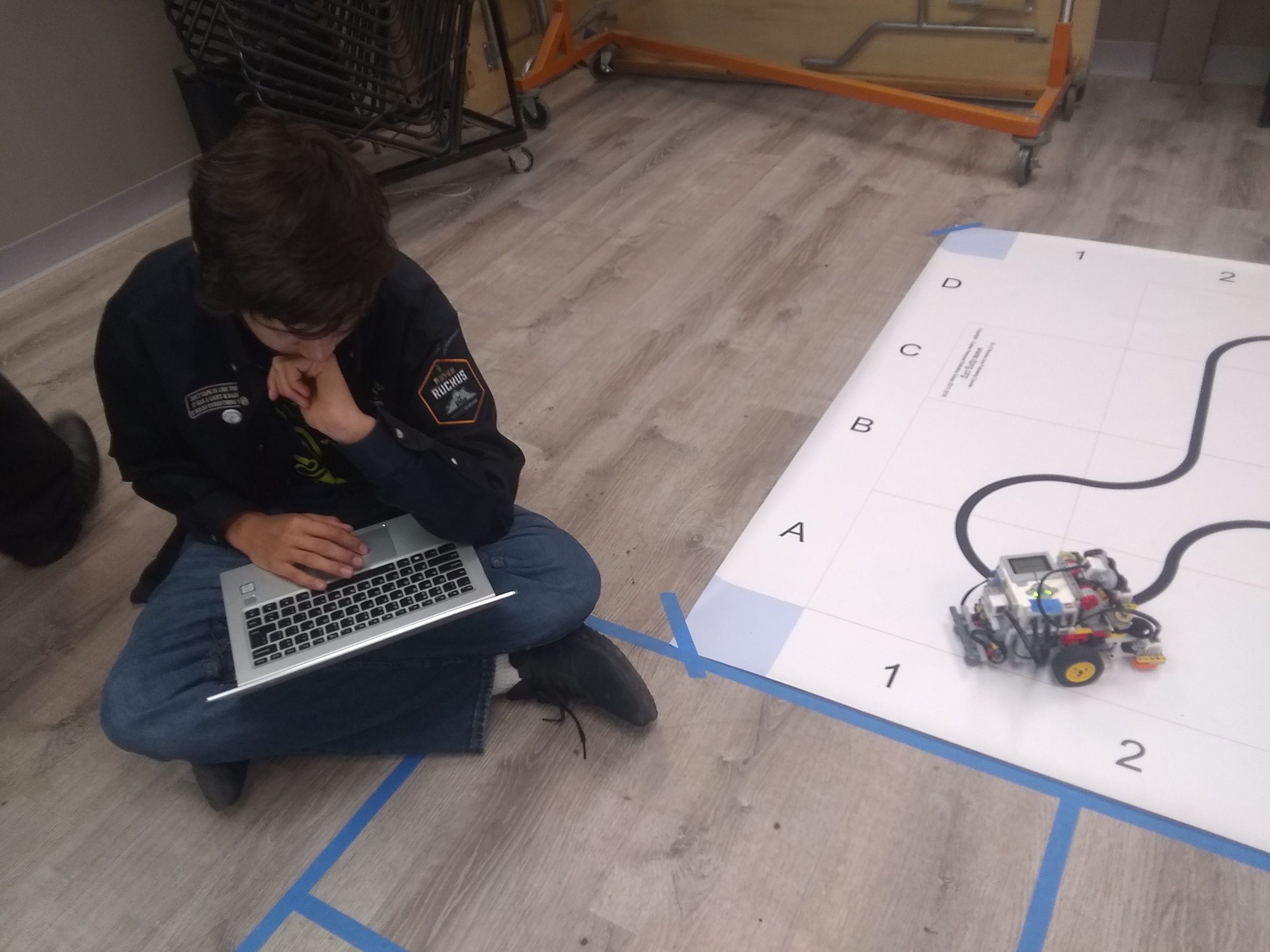 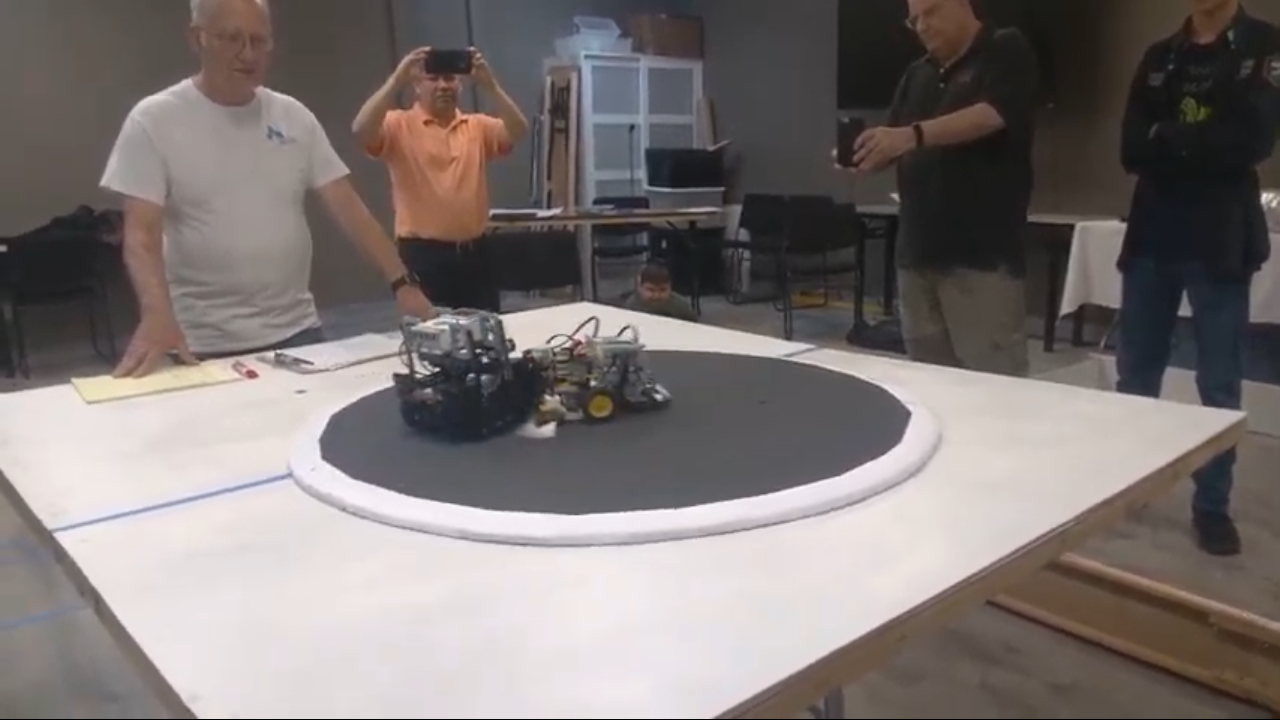 The first event was the sumo wrestling event, it featured a double elimination bracket and five teams total came to compete. In our first match we won, our robot seeking program served us well and eliminated the opposing robot on the first try. Unfortunately, we lost our second match after a long, agonizing battle the opposing robot had more torque than Iron Core and slowly pushed our pride and joy off the playing field. This 1-1 record scored us 3rd place for the event.

Seeing the event, Quick Trip, a test for accurate movement over long distances, I(Jose) programmed a path for it during lunch. With no time to use a gyro sensor, the path was inaccurate, but this could be fixed with a specific starting position. We finished with a total of 4 points, placing us third.

Along with competing we got to demo our competition robot for FTC, Icarus, to anyone interested, this included DPRG members and Girl Scout Troop #7711b. We demonstrated its capabilities including the articulations, our FTC season as well as show off "tall mode" which is Icarus with the Superman wheel activated completely and the arms extended completely. Overall most were impressed and appreciated the opportunity to see a functional robot.