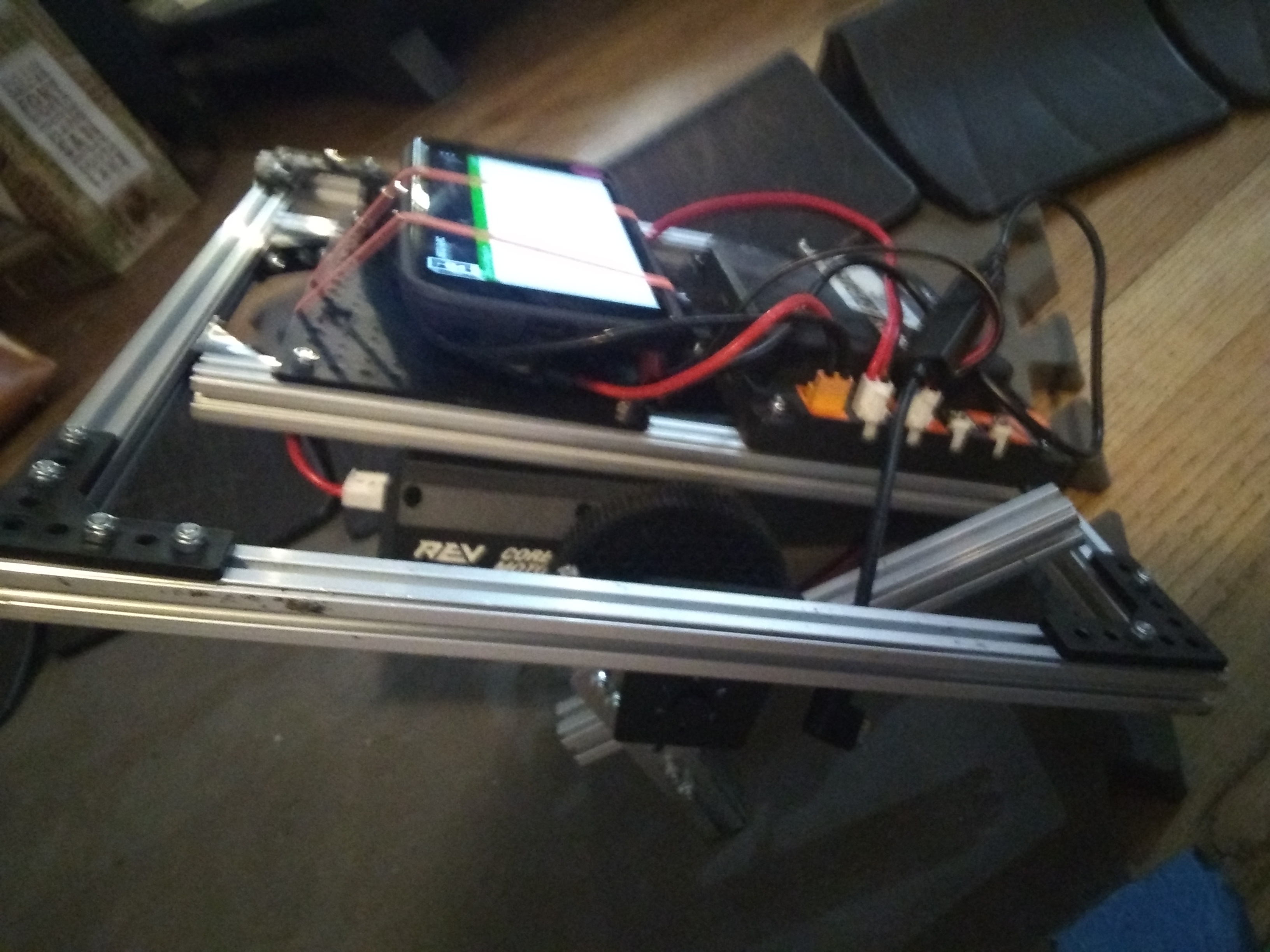 Although most teams go for a traditional chassis, a different type may be needed for next season as speculations suggest a stacking game. A leg drive would be an apt idea to test out for such a game For this chassis, two motors spin their respective "leg" attached to a gear. The point is move the robot using the rotation of the legs rather than wheels. To test, I coded the leg bot using the basic Linear Op-Mode program. There were issues with the motors disconnecting when hitting the ground as their wires physically disconnected. To solve this I took more REV extrusions and attached them perpendicular to the legs, adding space between the ground and the motor. Despite this the leg bot still proves to be unstable.

There is a chance we'll have to scrap the design and start with a different one. Leg drive is an interesting idea but actually working with it will probably not be feasible in the near future, especially if the game is a stacking game, since those rely on speed.