Task: Teach students how to block program and 3D model at the Discovery Faire @ Central Library 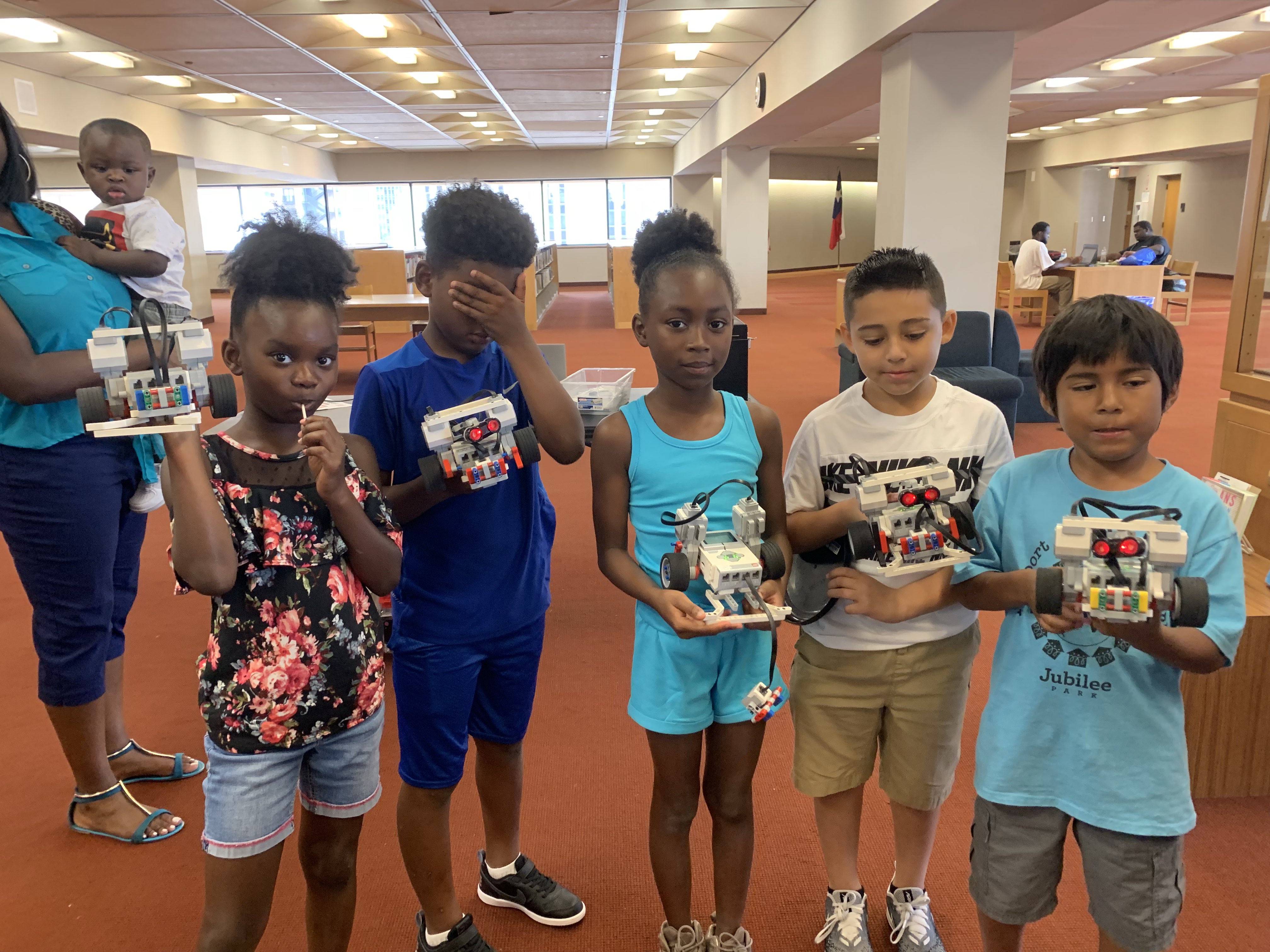 On July 13th Iron Reign attended the 5th annual Dallas City of Learning Discovery Faire at the Central Library. This was our third MXP event where the 250+ kids had access to our 3D printers, Lego EV3 sumo robots, and our four demo robots. 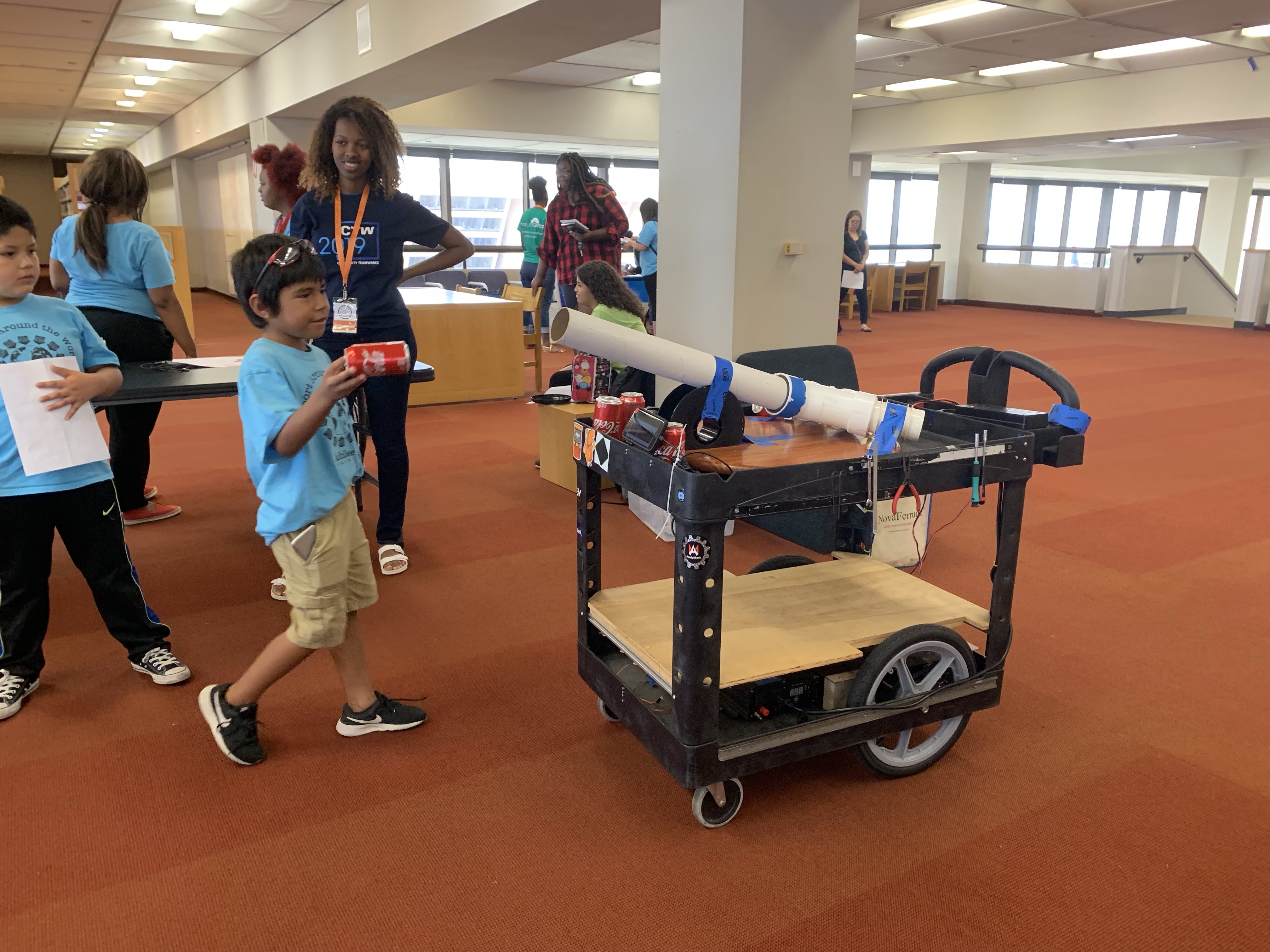 We demoed 4 of our robots including Icarus, Cart Bot, Kraken, and Argos. Cart Bot was by far the most popular with its can cannon. There were always kids around it, even when we were ready to pack up. Although Icarus had an issue with the superman, we were still able to get it working and show its features to anyone interested as well as Kraken and Argos. 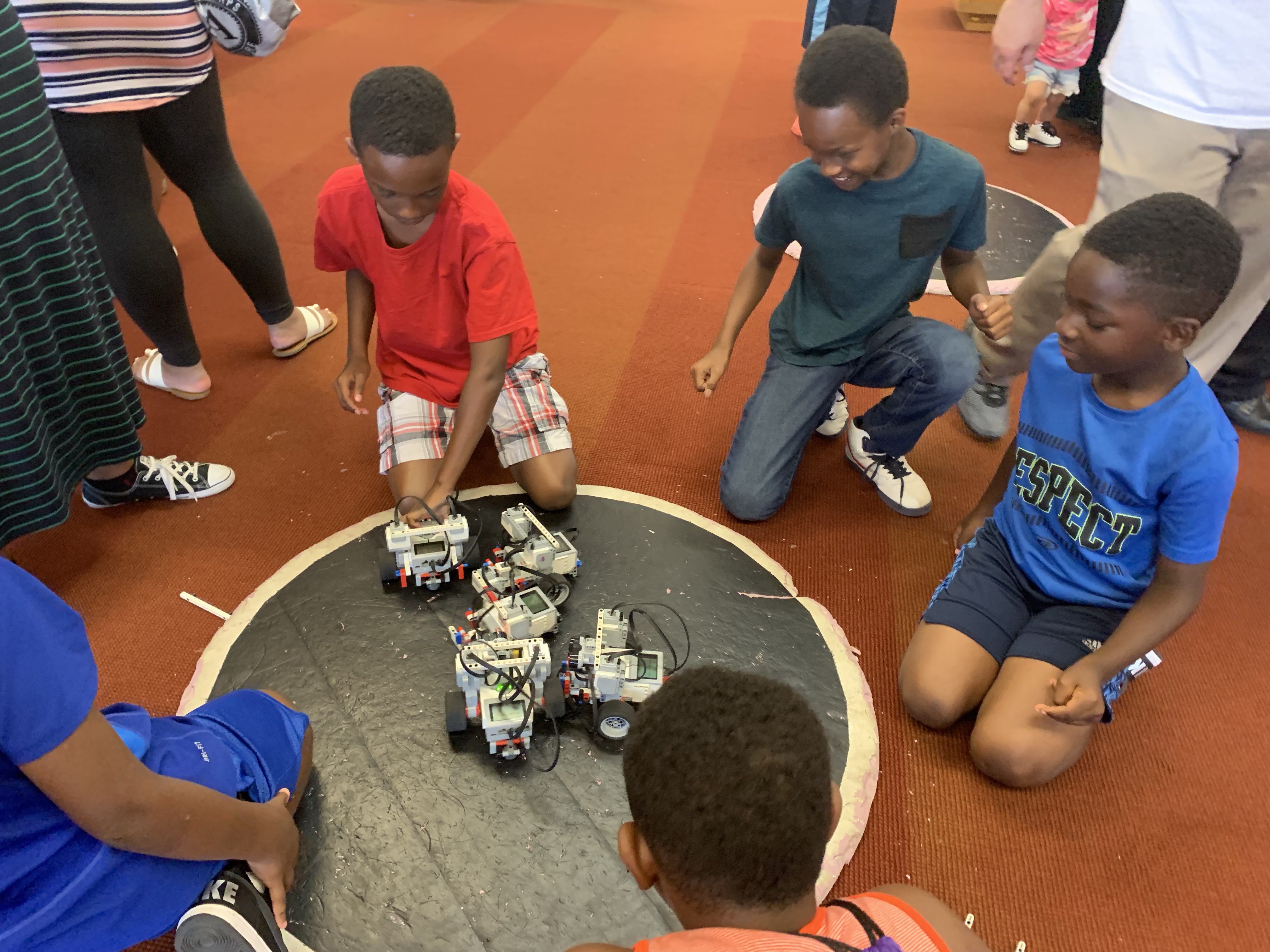 Over all, the discovery Faire exposed kids to robotics and inspired parents to invest in their child's extra curricular education, furthering the growth of interest in STEM of the community and guaranteeing a future with these kids at the front line. 3D modeling and programming are essential to any FIRST robotics team and by showing them the basics they are likely to explore more about the subject.

Our booth could not have operated as smoothly as it did without BigThought, for helping us staff and maintain the MXP, and for giving us the opportunity to introduce FIRST to such a large audience. We’d also like to thank Fox 4 Local News for helping publicize our event by taking pictures of the event in progress. We are incredibly thankful for having been able to interact with the next generation of engineers, and giving them a platform to be introduced to FIRST.