Task: Reach out to the community and present at Moonday 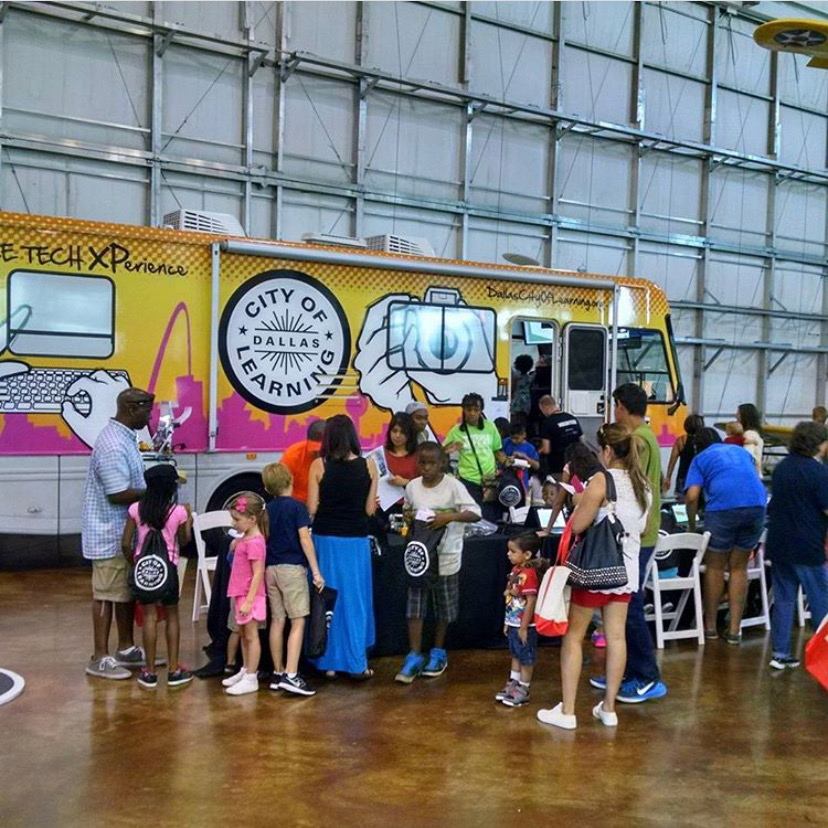 Iron Reign went to the Frontiers of Flight Museum again with the DPRG to represent FIRST and SEM during their 50th anniversary celebration of the Apollo moon landings. This was our 4th year presenting at Moonday, and we interacted with over 300 students from as ages as young as 3 to 14. At this event, we helped to spread the message of FIRST and promote STEM. Cartbot and Icarus were present, as well as 10 members of Iron Reign. During this event, we taught students on how to block-program an FLL EV3 robot and 3D-model a keychain, two skills that are very relevant to both FLL and FTC. The event started at 8 AM at Love Field airfield, where the museum is located, and ended at around 2 in the afternoon. We interacted with many parents and students, talking about robotics, STEM, FTC and FIRST.

During the event, we shared a booth with the Dallas Personal Robotics Group(or DPRG, for short!). For the past 5 years, our team has presented several of our robot designs and articulations with DPRG, and earlier this summer, we competed in a robotics competition organized by DPRG. As such, we were excited to work with them again. Members of DPRG and the participants at Moonday enjoyed watching our Rover Ruckus competition robot, Icarus, in action.

As the summer is drawing to a close, we are thankful to both Big Thought and the Frontiers of Flight Museum for the opportunity to once again present our robots, and to educate the next generations of engineers on robotics. We look forward to returning to these events next season as well!