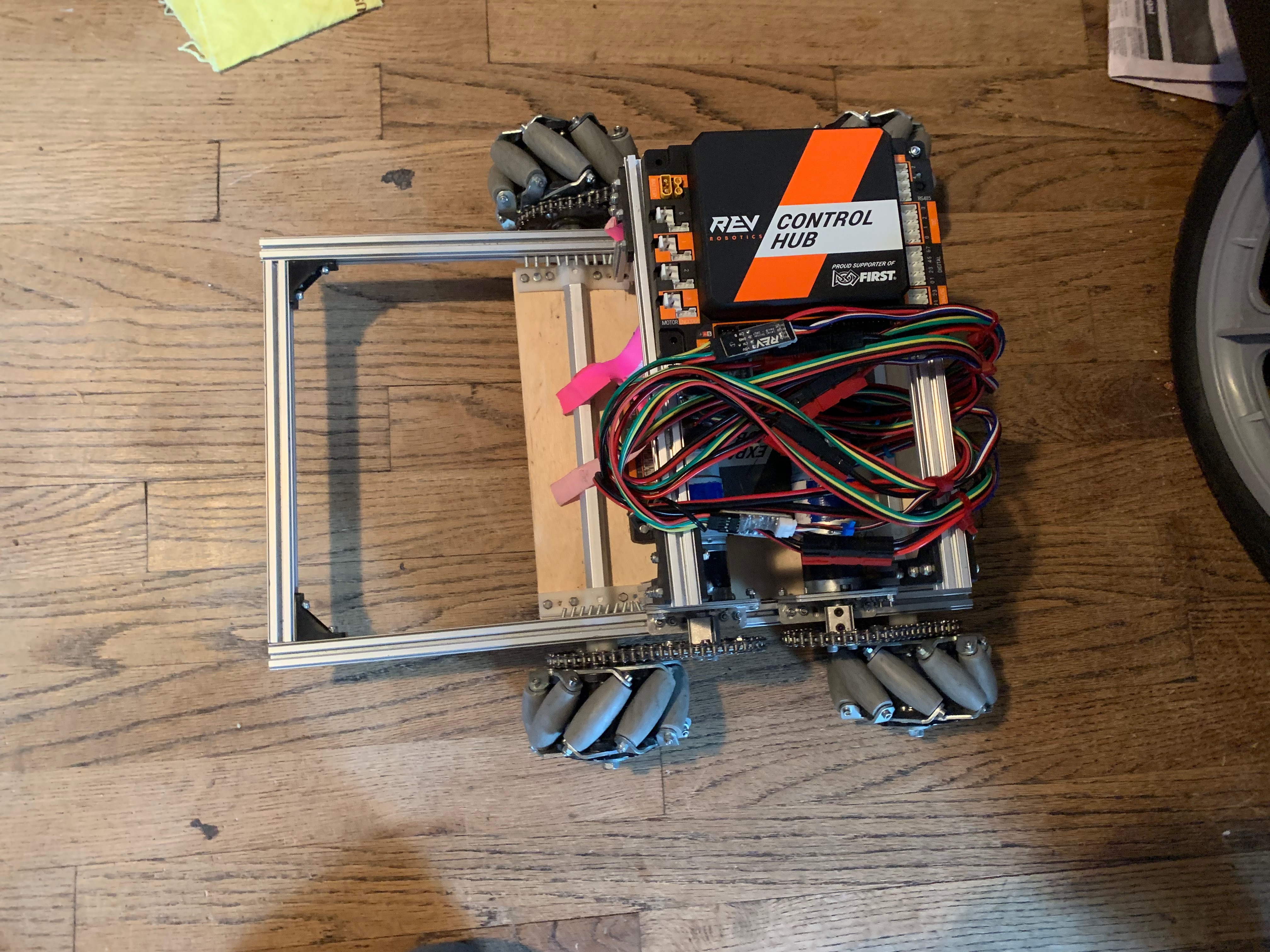 In two weeks, Iron Reign is planning on building a robot in 2 days, based on the 2019-2020 Skystone Reveal Video. We've never really built a robot in that short span of a time, so we realized that preparing a suitable chassis ahead of time will make the challenge a lot easier as it gives us time to focus on specific subsystems and code. As such, I worked on fixing up Mini Mech, as it is a possible candidate for our robot in a weekend, due to its small size and maneuverability. Mini-Mech was our 4-wheeled, mecanum-drive,summer chassis project from the Rover Ruckus season, and it has consistently served as a solid prototype to test the early stages of our build and code. I started by testing the drive motors, and then tightening them down, since were really loose.

Then, I worked on adding a control hub to the chassis. Since Iron Reign was one of the teams who took part in REV's beta test for the control hubs last season, and because we are one of the pilot teams for the REV Control Hub in the North-Texas Region, using a control hub on our first robot of the season will help set us up for our first qualifier, during which we hope to use a control hub.

With MiniMech fixed, we now have at least one chassis design to build our Robot in 2 Days off of.