Robot in Two Days - Day One


Task: Build prototype subsystems that pick up the stone elements 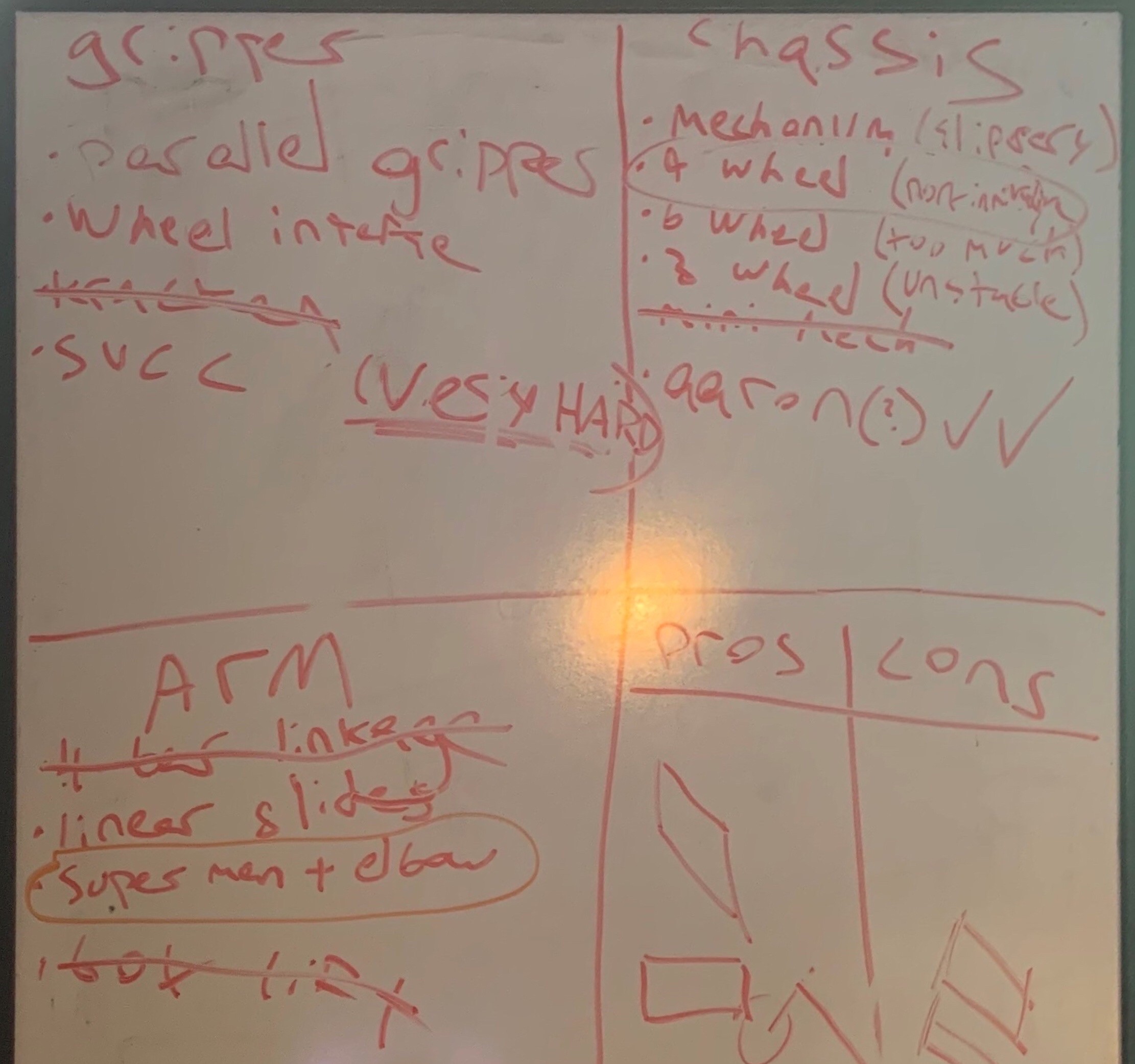 This season Iron Reign decided to take on the robot-in-two-days challenge. Given that our team had never done this before, and we are primarily a team of underclassmen, we knew we would have to be organized in our efforts and that we would probably reuse old chassis.

First thing right after the kickoff, the team convened back at our meeting spot to brainstorm ideas for robot designs which you can see above. Among the ideas we discussed was a "cupbot" of sorts, a lot like the designs seen for last years' challenge, except it would be shaped after the tops of the stones. This idea didn't pan out, however, because it would only be able to pick up the stones in the upright orientation, which is not something we can count on. We also had a sub-team prototype a parallel gripper, but it was an unsuccessful build in that it could not actually pick up stones. We did proceed further into the building phase with two designs for a gripper system: a rack-and-pinion gripper and a rolling gripper. One sub-team started on the rack-and-pinion gripper project, while another sub-team started on the rolling gripper project, both of which have separate articles which you can read about in our blog.

Besides the gripper systems, we also discussed what kind of drive train we wanted to use this year. When we were at the kickoff, we noticed that Icarus's chassis was ideal for moving underneath the skybridges, and so we considered using this chassis for our robot in two days challenge. We also had the MiniMech chassis available for reuse. In the end, we proceeded with the mini mech chassis, which a subteam tuned on day one of the two day build, since it would be easier to add a gripper to the next day, and this earlier in the season, we were prioritizing gripper speed, not traveling speed between the two areas of the field.

All work and no play? Of course not! Here at Iron Reign we like to have safe and wholesome fun as we work, which we had the opportunity to do when we caught an ice-cream truck driving around the neighborhood. Look at us having such a chill time! 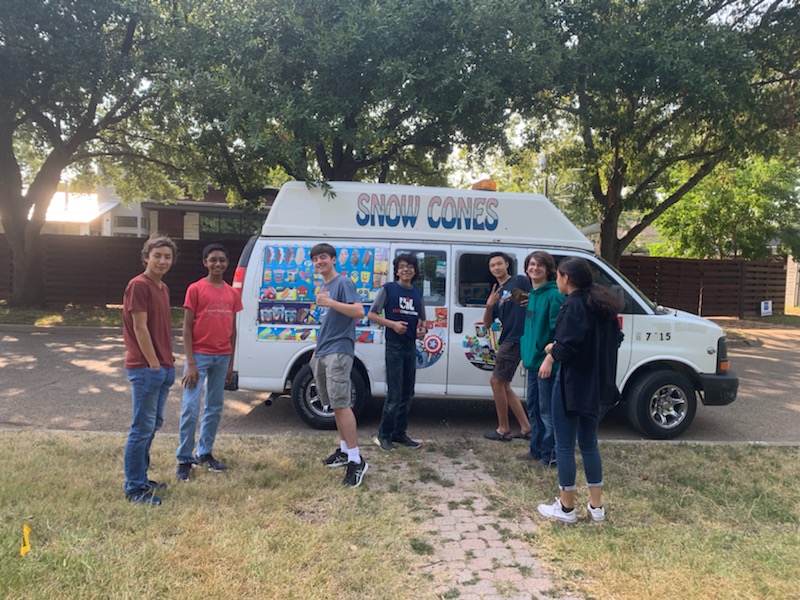 To finish the challenge tomorrow, we will complete our gripper builds, choose our best design, and then mount it onto the mini mecanum chassis.