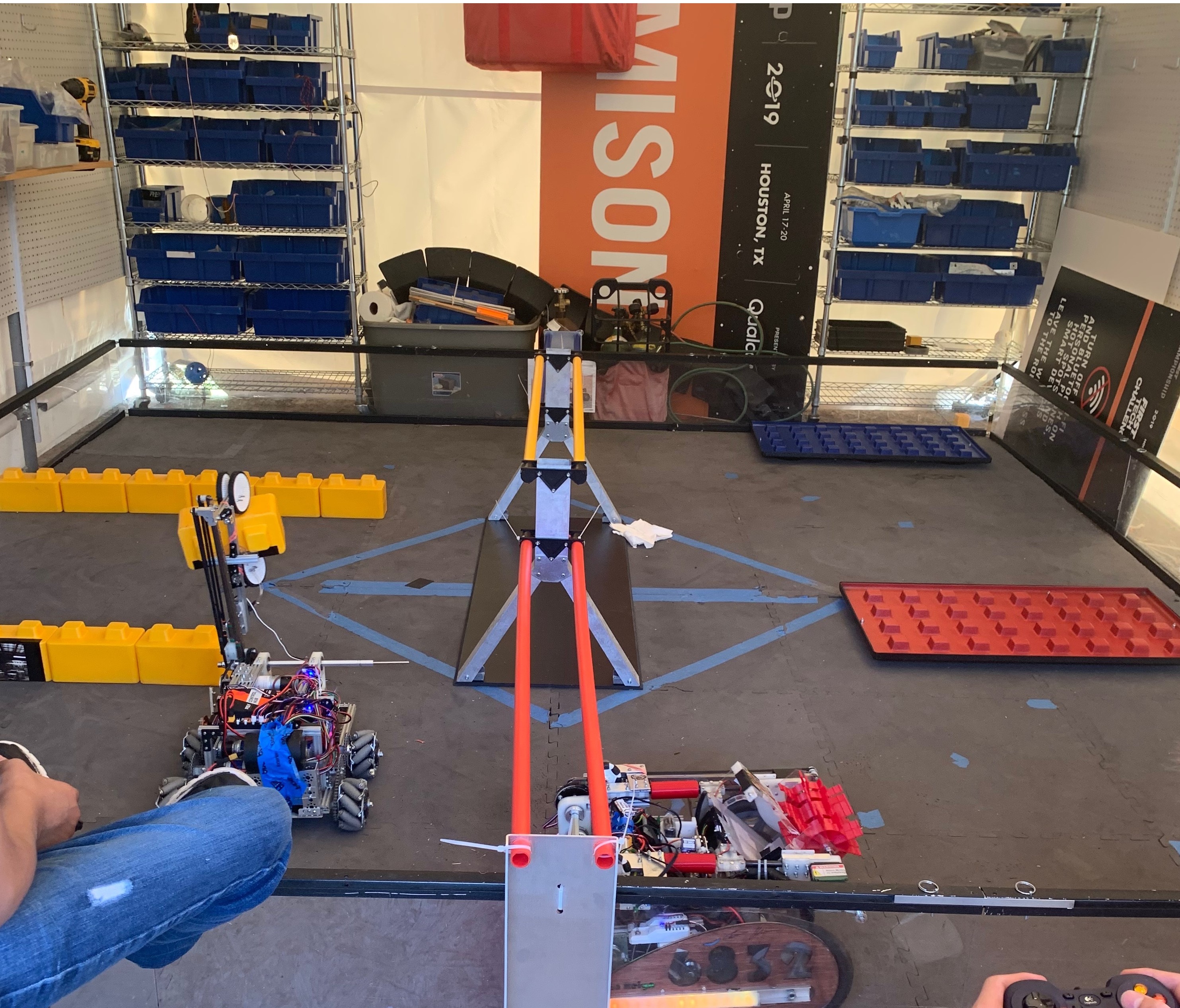 Today we were able to drive test our "robot in 2 days" robot. We used our robot from the previous season, Icarus, as our alliance partner. Jose and Trey drove several matches. They were able to score around 40 points consistently. This was a relatively high number considering Icarus was only used as a push bot (it hasn't been adapted to this season's challenge). Jose was able to stack the Stones with precision and accuracy. Because of this, he was also able to do it efficiently. We determined the height of the arm was perfect for the robot, but it could use some finer tuning and adjustments. The hook, which was used to move the foundation, worked well too. One issue we encountered was the loosening of a chain on the front right wheel. Even though it was a simple fix, it did cost several points, as the robot was more challenging to control.

We were also able to test our robot with our sister team's (Iron Core) robot. Their robot was essentially a push bot too, but provided different challenges for our driver. The core bot was smaller, yet harder to maneuver, especially for newer drivers. This resulted in a loss of points and difficulty operating smoothly. Eventually, both drivers figured it out and were able to score 25-30 points consistently. 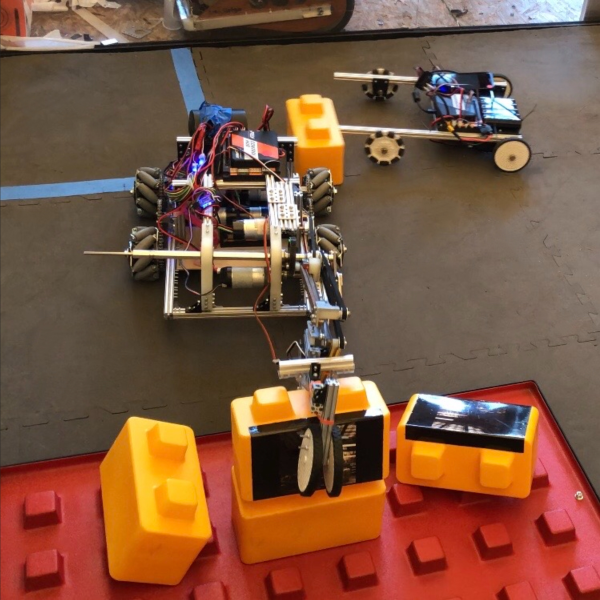 We will continue to test our robot and fine-tune the arm, chassis, and intake design based on performance. We will also monitor the wheels to ensure they remain adequately attached, to avoid them loosening again.